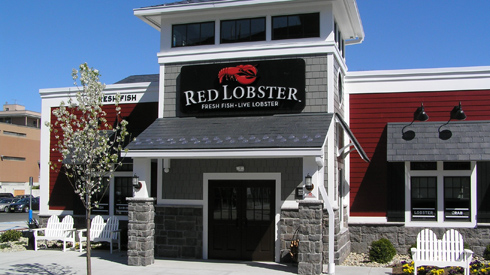 I was reading this article about how the Red Lobster brand is being considered to be sold off of or restructured into a bastardized spin-off of its former shell by parent company Darden, and I couldn’t help but feel a little melancholy over the notion that Red Lobster in one way shape or form, is dying.  One, I love lobsters, two, Red Lobster’s periodic endless shrimp offer is among the best things in the world, and three, it should be nothing new for my six readers that I’m a nostalgic kind of person who sure, understands the necessity of change, but at the same time isn’t always the most readily accepting of it.

But the point of me writing this post is questioning the modern defiant trend of people who try their hardest to avoid eating at chain restaurants, like a Red Lobster, Chili’s, Ruby Tuesday or Olive Garden.  Even the article alludes to this notion:

It seems that consumers are turning their noses up at hoity-toity sit-down places like Red Lobster and Olive Garden these days in favor of cheaper chains like Chipotle.

I can’t say that I agree completely, because comparing Chipotles to sit-down establishments is like comparing motorcycles to automobiles; both are means of transportation, but they’re both also vastly different classes of doing such.  If I were the one writing the article, I’d probably replace “in favor of cheaper chains like Chipotle” with “in favor of trendy local independent gastro/micro-pubs,” because I think that’s a more accurate assessment to what I witness on a regular basis in the city I live in and the cities I’ve been to.

Most everyone I know is kind of like this now.  I’m kind of like this now in the sense that I’ve mentally got my list of preferred places to dine out at, and few of them are actually chain joints, but the difference is that I won’t scoff my nose up in the air if one of them is suggested, and it sounds like a good idea at the time.  Red Lobster’s endless shrimp often times sounds like a better idea than dealing with a 60-minute wait at the pub with good beer and fish & chips but a quarter of the seating and metered parking any day of the week.

The thing is that I don’t really understand where the defiance against the chains necessarily originated from.  The most common response is simply the righteous cry of supporting local businesses, which I’m completely all for doing, but I think people oftentimes forget that in spite of being a chain restaurant, there are plenty of cases that the Red Lobster or Chili’s in the neighborhood is being run by an aspiring franchisee who happens to be a member of the exact same local community.  Sure, they might have a little bit more financial backing, and their work is helping putting some extra coin in some other “the man’s” pocket, but when the day is over, they’re still trying to do what all the local places are doing and make a living for themselves.

I get that there’s an air of wanting to be hip to the scene, and know where all the cool, unique local eateries are, so that we can sound in-the-know to our communities, and have a good understanding of where to suggest or take people to get something interesting.  But at the same time, I don’t think it’s that cool to contrarily crucify chain restaurants for pretty much no reason than that they’re corporately-backed, or that you could find them anywhere from Los Angeles, California to Sheboygan, Wisconsin.  Chains exist for reasons, and up until more recently, they’ve done well for themselves because of said resaons; they’re familiar, (fairly) consistent food that particular people, often times families with kids, can rely upon to get reliable menus and know what to expect.

Sure, they may not be doing so well in big cities with lots of local competition, but the big cities throughout the United States are still a segment of country as a whole.  So whereas Red Lobsters and Outback Steakhouses might be reviled in San Francisco, Atlanta and Chicago, they’re still probably doing just fine and thriving in Webster, Modesto, Kingdom City and all the other smaller suburbs and towns scattered throughout America.