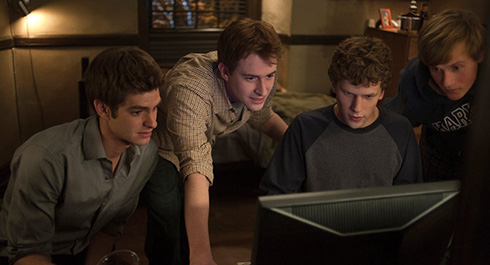 Long story short: math whiz conducts data research on OkCupid’s question survey profiles, and uses the data to more thoroughly compile potential compatible women for him.  After gathering enough information on what he’s typically looking for, he massages his own profile(s) to become a mathematically high-percentage compatibility match for the types of women he’s targeting.  In the end, he manages to go on a bunch of dates and ultimately meets a girl he’s now going to marry.

So I wonder when this is going to be made into a book by Michael Lewis or Ben Mezrich?  And then how long it’s going to take to be made into a movie directed by Steven Soderbergh?  I bet the movie will have the main character played by Jesse Eisenberg or Andrew Garfield, but definitely not someone that actually looks like the real person.

Anyway, I found this story to be pretty entertaining.  I think I’ve made it pretty clear that I’m not in any hurry to join the ranks of single unattached people who feel that the easiest path to romantic companionship is through online dating sites, and in some regards, a story like this only justifies why I really shouldn’t be.  Because even if in this modern society, where online dating sites is seemingly the simplest way to land a first date, it’s painfully apparent that it’s still extraordinarily difficult for people to get them anyway.  I don’t need that aggravation ain’t nobody got time for that.

However, it doesn’t mean that I can’t enjoy this story.  Sure, he had to use some slightly underhanded means to compile data on the thousands of women filling out profile surveys which is obviously not within every other ordinary Joe’s repertoire, but it’s not like anyone was getting hurt in the process.  It really is like some Moneyball shit going on with it, because he’s really maneuvering around a realm of information that isn’t just underutilized, but he’s basically the only guy playing on an empty playground.

Granted, I’m sure the article kind of glazes over the part where he’s essentially lying on his profile to make himself more statistically compatible with the general types of women he’s trying to attract, but the proof was in the pudding that even in spite of the ingenious method of doing a lot of mathematical weeding, it still took over 80 dates before he found someone he felt he was genuinely compatible with.

In the end, it all seemed to work out for the best, and I think it was an entertaining read and a story regardless.  Obviously, if it were this easy for everyone, everyone would do it, and it would be back to square one of being difficult to find a date, but it has to beg the question that the mathematical methodology sites like OkCupid are using now must be inefficient and flawed if they’re capable of being improved upon so drastically with a little bit of know-how, time and research.