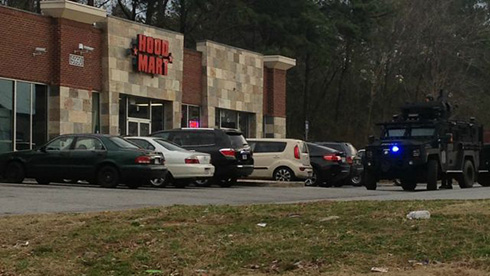 So wait.  You’re telling me a place called “Hood Mart” was busted for all sorts of illegal activity, including drugs and piracy?

Now what ever could have possibly led to the suspicion that ultimately resulted in the necessity for a SWAT raid with armored vehicles?

Seriously though, I don’t know if it was arrogance or ignorance to open up a joint called Hood Mart and put it in a section of town that’s generally perceived to be well, the hood.  A part of me wants to believe that it’s like that one episode of Batman the Animated Series where a property owner switches the theme of his casino to the Joker, anticipating that the real Joker will object and destroy the place, to which he could cash in on a lucrative insurance policy that just so happened to have been conveniently applied.

I think CBS Atlanta really needs to be keeping an eye out on the name of whomever owns the property that Hood Mart is on, and see if there’s insurance policies in place for like if the tenants get the place ransacked by the police or something.