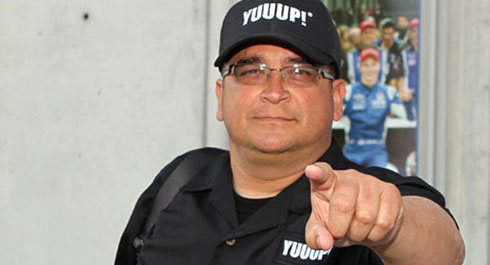 In the (paraphrased) words of the great Dave Hester: YUUUP.  There’s money to be made, as long as you’re willing to put forth the effort.

I just bought a new camera.  I am now excitedly anticipating its arrival, and I look forward to it being my primary equipment when I travel to conventions, baseball parks, and any other social events where having a camera might be a good idea.

My current, soon to be former camera is a Canon EOS Rebel T3 (1100D).  I have enjoyed it, I think I’ve taken a few good pictures with it, and it’s been a great introductory piece of equipment into my foray as a stereotypical Azn Guy With A Big Camera, but I think I was pining for a change.  Not that I’m some great photographer, heaven’s no, I’m the first person to deny the title of “photographer,” but I did feel that the T3 was beginning to constrict my ambitions as a person who likes to take pictures.  So I’ve been keeping my eyes peeled for a potential upgrade.

Namely, the T3’s older brother, in the T3i.  Aside from the superior sensor, processor, and general build, there’s one component that I really, really wanted to have: image stabilization.  I do not have steady hands to begin with, and it’s amazing that I’ve gone this long without a camera with image stabilization and not had more blurry shit pictures that I’ve been unable to salvage.

I’d also not be lying if I didn’t say that the fact that the T3i’s swivel LCD viewfinder now gives me the capability to take classy, not-blind selfies in the future, excites me too.

But the T3i was what I had my sights on, and it was only a matter of time before I found a deal that made it economically feasible to acquire one.  And I just found it, and pulled the trigger on it.

However, it’s going to take time and effort before I really see the recoup in this purchase.

Long story short, I just dropped $889 on a package that included the aforementioned Canon EOS Rebel T3i, as well as several “included” items, such as a camera bag, memory card, photo printer, and photo paper.  When I say that the camera alone would have ran around $450-470 in most normal retail outlets, it begs the question why I jumped on this exorbitant package especially when I’ll additionally say that I have very little interest in the camera bag, printer and its paper, and I already have an equivalent size memory card.

Yes, the dreaded mail-in rebate, those pesky asterisks of fine print that retailers often use to deceive customers into thinking they’re spending less than they’ll actually do, when in reality, the savings don’t come to fruition until like 6-8 weeks after the purchase.  But knock on wood, I’m not particularly living paycheck-to-paycheck these days, and I can handle an $889 hit for the time being.

Because when the mail-in rebate is configured into the cost, then the grand total for my new camera, and all its “included” crap is now $489.

Granted, the $400 that comes back to me is via an American Express gift card, but as far as I’m concerned, that’s $400 worth of funds that will typically go towards daily expenditures such as groceries and gas, that won’t be coming out of my bank account, for like a few weeks, at least.  So it all events out in that regard.

So, with a pile of crap that I don’t really want now on the table, on top of the camera that was the goal in the first place, this is where the effort comes into play.

How much can I unload a printer, its paper, and my old camera, to recoup even more money from my $489 (after rebate) investment?

In a perfect world, I somehow manage to get people on eBay to pay for all things I don’t want for somewhere around $450, and make me feel like I paid just $40 for a T3i.  But in order to really avoid tragic disappointment, I think I need to curb my expectations on what I can make on my available hardware, if it even manages to sell at all.

One thing that is very clear is that I’m not the only person to have purchased this exact same bundle; there are a good bit of people who have listed and sold the exact same printer and photo paper that I’ll eventually have in my possession in a few days.  Needless to say, it looks like the happy medium is somewhere around $150-170 on those two items, and the way I see it, if I can make anything higher than that, it would be gravy.

All I know is that people in the market for this printer are in a very advantageous position, because it retails for somewhere around $350-400 brand new, and here are a bunch of people online trying to unload them for almost 40% of MSRP on eBay.

As for my T3, since it will be selling as a used item, I can’t expect to come close to the MSRP of $300 for a brand-new T3, even with the kit lens that comes with it.  Even included the brand-new 32GB SD card, I can’t expect that to add that much, so for all intents and purposes I think I’m going to strive for $150-ish for my used camera.