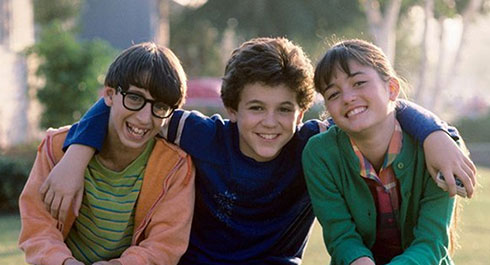 I’ve been in kind of a funk lately.  Not quite emo-y depression, but not necessarily cheerful and content with everything. I’m not excited about anything at all, and I’m finding it difficult to get motivated to do anything outside of my core daily activities.  This does not bode well, considering the numerous things that I wish to accomplish before the end of August, for when Dragon*Con rolls around again.

Lately, I’ve been feeling like my summers have become somewhat formulaic, which might be a logical root of some of this discontent.  Over the last few years, my summers have been dictated by baseball trips and Dragon*Con.  Now I’m not saying I don’t dislike either of those things any less this year, but I think there’s a part of me that thinks that perhaps I should seek out a break from the ordinary soon.

As I alluded to in a prior post, the bobblehead game has started to wear on me a little bit, because of flawed policies of all these ballparks, and the fact that they’re beginning to creep a little too high in my priorities than they probably should be.  Ultimately, I think my ultimate goal of visiting all the MLB ballparks has suffered in pursuit of bobbleheads, and to be perfectly honest, given my gradually increasing discontent for professional sport in general, there’s a part of me that wants to finish up with all the MLB parks as soon as possible, so that I can kind of close that chapter, and not let it consume so much of my future summers.

When it comes to Dragon*Con, I still have a good time whenever I go, but at least a few times a year, I tell myself, or whomever is nearby, that it’s still essentially an extremely expensive weekend where I pretty much do nothing but hang out and drink (heavily (sometimes)).  In a way, I’m paying kind of an exorbitant cover charge for a place that seems massively mutually agreed upon as a place of annual conglomeration in smart people words.

Not that there’s anything wrong with it, but from enough steps back, it does seem somewhat of a chore, for everything to come together.  From the chaotic lottery-like day of hotel reservation openings ten months in advance, the costumes myself and many of friends and acquaintances embark on creating for the convention, and then the convention itself, where 60,000 cram into three hotels like sardines that become way too hot, probably break every fire code on the planet, and costs $200 a night.

I’m not saying I’ve had any regrets over any my past summers like this, but again there’s a part of me that is kind of yearning for a change in a way.  I’d like to have my Augusts back, instead of feeling like I need to close off the rest of the world to work on costuming stuff for Dragon*Con, and I’d like to not feel like I can’t do something on any given weekend, because there’s a bobblehead that I have to have being given out in Atlanta or Gwinnett.

Maybe in a way, this is my way of saying that I’m growing up a little bit, or perhaps it’s just that life is feeling a little bit stale.  Frankly, I’m not entirely sure which it is, if there’s even a difference at all, but I think that by the time baseball season rolls around next year, I might be looking at planning the summer months a little bit differently, maybe.