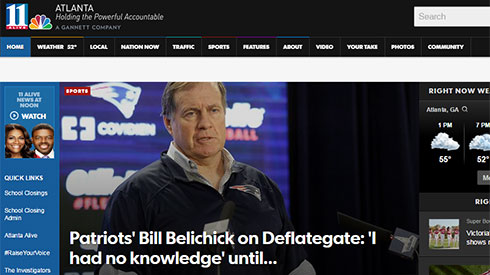 A list of things more important than under-inflated footballs:

What, you were expecting more?  Haha.

Ironically, I like the sport of football, and I enjoy watching good football games.  I understand the rules and can spot a false start or identify when a safety’s head is watching the ball or just blatantly going for pass interference.  I like it when a shit team upsets a strong team, and I’m actively rooting for the Patriots to beat the Seachickens in the Super Bowl, regardless of the stupidity behind Deflategate or PSIgate, or whatever asinine name the media’s given towards the controversy of under-inflated footballs.

But the fact that the United States is such a helpless slave to the NFL in a general sense is sad, pathetic, and completely detrimental to the integrity of the news.  Slaves feed the NFL, the NFL feeds the puppet masters of the media, and the media feeds the slaves more drivel about the NFL.  It’s an endless cycle of pathetic.

I like the sport, but I think I really hate the fucking organization.