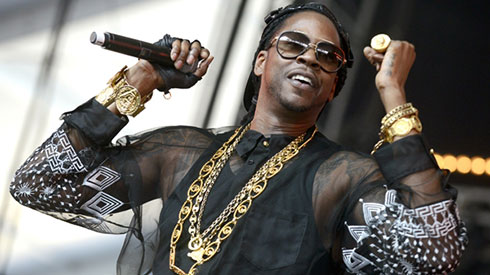 My knee jerk reaction to this story was something along the lines of “n**** please,” but then I realized that I had momentarily allowed myself to forget where exactly where 2 Chainz wanted to be the mayor of.

Most people have been to College Park, Georgia, or at least passed through it, and not even realized it.  This is because College Park is where the infamous Atlanta Hartsfield(-Jackson) airport is located, in spite of the fact that it’s always given an “Atlanta, Georgia” address.

Now that we’re all re-acquainted with College Park, let’s all imagine the last time we’ve gone to or passed by the Atlanta airport, or the last time we’ve ridden MARTA, and vaguely remembered just what it looked like beyond the last stop before the airport going southbound.

College Park is a ghetto.  There is absolutely no way to refute this, because every which way you look, it’s dilapidated buildings, condemned shops, a litany of chop shops under the guise of garages or auto part salvage, and every other visual indicator one needs to think “man, this place is the ghetto.”

That being said, why the hell not shouldn’t 2 Chainz be allowed to be the mayor of College Park?  It’s not like he could possibly do any worse than whatever this Jack Longino guy has been doing as mayor of the ghetto over the last 20 years.  If anything at all, 2 Chainz would improve College Park simply by having his name associated with it, and as ghetto fab as they might be, dollars brought in are still dollars brought in.

But seriously, at this point, why not?  College Park is a ghetto and will always be a ghetto with whatever it is (or isn’t) being done there, so why not shake things up and let a rapper have that mayoral seat instead?  It really isn’t like he could possibly run College Park into the ground any further than it already is.