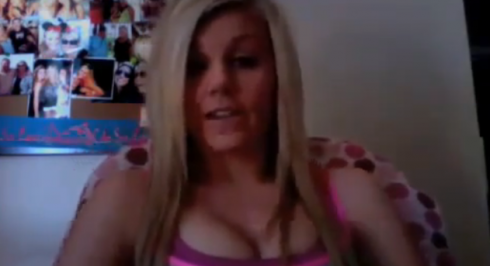 And no, not the band.  I actually really, really love the band Foreigner.  They’re one of those groups that I’ve heard their music all the time growing up, and mostly in movies, like the Rocky series, but it wasn’t until I was older did I put two and two together, and realize that the band that sang the montage of my life growing up was in fact, Foreigner.  But not thatForeigner, despite the fact that they undoubtedly rule.  I’m talking about the word foreigner, when describing people.

I was standing in line at Starbucks (big surprise), and this girl up and conveniently “meets up” with a friend AKA completely cuts in line.  It’s not really that long of a line, and I’m a pacifist and reluctant to make a confrontation over such a trite matter, so I begrudgingly let it slide.

The girl then begins talking about how she was leaving a particular location, at the same time as a whole lot of what I’m guessing were classmates.  But she didn’t refer to them as classmates, she mentioned how “all the foreigners” left at the same time she did.  I wrinkled my eyebrow at hearing this, as it’s been quite a while since I actually heard someone refer to people from other countries as specifically “foreigners” like this manner.

But then the girl (who was white, if it wasn’t clear) kept flapping her gums, and it became apparent that she had to work with some of “these foreigners,” because she mentioned how they even “speak foreign” in text messages.  And as if the, if I may call it, ignorance train could keep chugging, she whipped out her phone, and began reading out some text messages she had from her “foreigner” classmates.

Naturally, as is occasionally the case of a non-native speaking English, the text message was a little rough around the edges, but still getting the point across.  A few missing conjunctions, some incorrect grammar sure, but still the point was comprehendible.  But of course, that didn’t stop Little Miss Patagonia from gradually altering her voice until it became clear she was mocking an Asian studying abroad at Georgia Tech.

Needless to say, this whole exchange inadvertently overheard by proximity, got my mental gears turning to the point of where words are being put to brog right here, right now.  The girl was clearly just a little bit bigot-y, if that can even be a proper description, but really it got me thinking about the word “foreigner.”

Technically speaking, foreigner is not an improper word, or necessarily a pejorative by itself, but there’s just something about it that rubs me the wrong way, especially when used in the context that Little Miss Patagonia was using it, to basically clump a bunch of minorities together with minimal effort.

In the seventh grade, there was a kid in my class who was a known full-blown racist.  Very, very likely had parents/relatives in a Neo-Nazi, Aryan Brotherhood chapter in Northern Virginia somewhere.  Without any regard to whether a guy could kick his ass or not, he flung the word foreigner around left and right, towards anyone who wasn’t white.  Towards me, towards my friends that weren’t white, to the black kids, the Middle Eastern kids, it didn’t matter.  All foreigners.

Other than band, with our white teacher, I had no classes with him, but now I’m curious to know if he acted out towards any of the teachers that weren’t white.  Nor did I see him beyond the seventh grade, so I’d have no idea how he would’ve dealt with the requirement to take a foreign language, and being in a class with a Spanish, French, German or Japanese instructor; scratch that, no doubt he would have taken German.

Back to the main point, the word foreigner isn’t necessarily politically incorrect, but it definitely feels like a word that is, based on the negatively connoted context in which people tend to use it.

And it’s not just this kind of instance that piques my racism-senses; it’s simply the fact that an innocuous word has been used so poorly in at least my life’s experiences, that I can’t help but think that verbal injustice is on the menu whenever I hear the word foreigner at all.

This, is an example of why I think people can’t have nice things.