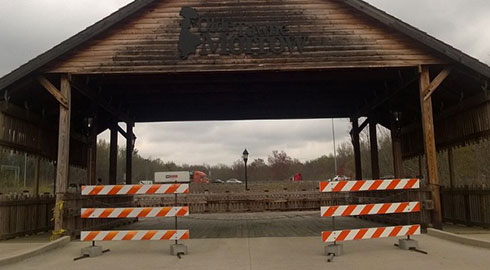 Impetus: Movoto.com lists the ten most affordable “Atlanta” suburbs, “just outside of” Atlanta city limits.  Uses absolutely nothing but area population and median cost of living as criteria for list.

For the record, the author of this particular post resides in San Francisco, California.  I would bet money that the author of this has never been to Atlanta, save for the high likelihood of having had a layover at Hartsfield Airport.

The following is the list of affordable suburbs, allegedly just outside of Atlanta:

I don’t even know where to begin with this list, really.  It’s clear that the author has zero spatial understanding of the Atlanta area, and even less understanding that Atlanta is a commuter city, and one must have a car in order to get from point A to point B, even if point B is 40 miles outside of the city or 150.

I can’t speak for all of the suburbs listed here, because I haven’t been to every single one of them.  But I do know how to use Google Maps, and more than one of these names already seemed familiar to me, based solely on the fact that I have driven to Florida from Atlanta a few times, and seen several of these names while on I-75, nowhere near Atlanta city limits.

To my own credit, I have been to several of these places (AKA driven through most, because I’d be crazy to step foot outside of my armor AKA automobile).  But for the most part, here’s a little more elaborated version of their list:

Long story short is, all of these places are cheap suburbs, because they’re either sketchy as fuck and/or they’re absolutely nowhere remotely close to the city of Atlanta.  Of course Morrow is cheap, because it’s a creepy ghetto of a town that has high crime rates, and nobody wants to live there.  There are lots of people I don’t like in the world, but frankly, it would be too cruel to put them in Morrow, if I had the power to exile them to anywhere I’d like.

Honestly though, my favorites are places like Centerville and Thomaston.  Both are south of Macon, which itself is over 90 miles outside of Atlanta, and also substantially off of the interstate.  Centerville not so much, but Thomaston is literally in the middle of the entire state.  But Centerville is still pretty much an accurate halfway point between the city of Atlanta and the Florida state line.

Either way, gg, Movoto.com.  Way to be in tune with wastelands of Georgia, and calling it Atlanta.  I’m sure if people relied on your crappy site for legitimate real estate advice, and moved to Locust Grove, thinking they’re “just outside” of Atlanta, there would be some severe hell to pay.