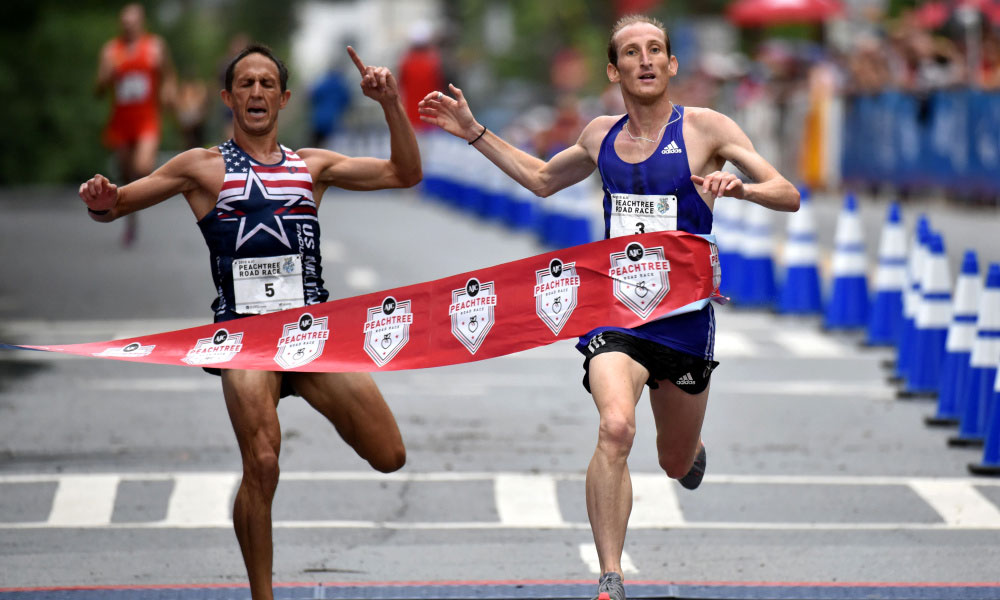 I don’t know what it’s been recently, but I just haven’t really had the drive to do much writing lately.  My schedule is all sorts of rearranged lately, and I guess I just haven’t really taken the time to sit down, look at the happenings around the world, and try and find some motivation to write.  This definitely deviates from my desire to remain a somewhat consistent brogger, and as everyone who has ever written (and failed) to maintain a blog, the onus is on us to keep on writing.

With July 4th now in the rear view, I saw a few things that caught my attention that might warrant a few words, or at least serve as somewhat of an impetus to write something.

Firstly, we have this story from the Peachtree Road Race, a 10K run that I’ve done myself 4-5 times in the past.  Frankly, I’m glad that I didn’t do it this year, because for starters, I have nothing left to prove, since I’ve done it 4-5 times, and secondly, this particular year apparently broke the tradition of where the weather somehow maintains something decent, and instead was a torrential downpour and had some delays, something that I didn’t even know they ever did.

Anyway, as the story has it, as far as the competitive aspect goes, an American runner was on the cusp of winning, but sure as he’ll likely end up on SportCenter’s Not-Top 10, he began celebrating a little bit early, and was passed a hair before crossing the finish line; by a British guy.  My knee-jerk reaction was actually wondering where the litany of professional runners from an African country were, and a murky recollection of wondering if the Peachtree Road Race had a policy change within the last few years that basically prohibited if they could compete it in or not.

But naturally, as so often times is the case when I see something like this, it’s owned.  Figures he gets cocky, celebrates too early, and at that point, you have to hope he loses, and thankfully he did.

Next, we have something that I’m actively fascinated with every July 4th, and that’s the Nathan’s Coney Island Hot Dog Eating contest.  I don’t know why I am, because it’s not like I’m remotely close to eating the capacities as these professional eaters do, but since the days of Kobayashi dominating the contest, to the eventual rise of Joey Chestnut, I’ve often found myself paying attention to this event every year, regardless of how ambivalent I am towards the rest of the professional eating scene.

I’m not saying it solely because he’s the win, and I’m just jumping on a bandwagon, but I’d actually been following Matt Stonie’s career prior to this victory.  I actually rooted for him last summer, when the contest was held in spite of a lot of rain, but the fact of the matter is that his YouTube channel showed up on my account as a suggested video, I started watching him destroy gyozas, burritos, pizzas, English breakfasts, and The Rock’s and Manny Pacquiao’s diets.  I became a fan.

Needless to say, considering the Nathan’s contest can be summed up by basically eras, I’ve bore witness to the passing of the Kobayashi era, and with Joey Jaws finally being dethroned, by Matt Stonie no less, it’s cool to see the coming of a new era, but of some guy I’d actually been following before all this.

Finally, is something that I saw in the local news outlets that got me wondering just what kind of trends is society headed towards: not just one, but two, instances of celebratory gun firing, to commemorate Independence Day.  And in both instances, someone wound up dead.

Seriously?  I thought celebratory gun firing was a plot device used in The Simpsons to commentate on gun control through satire.  Where Homer was given a gun, but then was using it so haphazardly that he was a danger to Springfield and his family, and so forth.  But apparently, celebratory gun fire happens in real life as well, and unlike in the confines of a cartoon, has vastly more costly repercussions.

This, definitely warrants an “Oh, Atlanta.”

Whatever though, this is a lame post, but I just wanted to feel the feeling of typing up words again for the sake of my beloved brog.  Maybe more content sooner, rather than later!