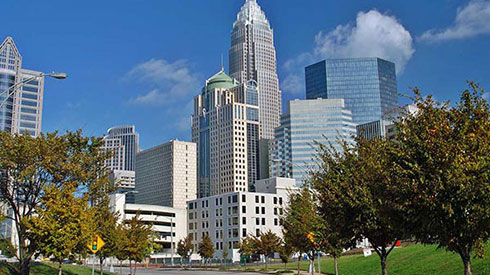 I love to rag on Atlanta as much as the next Atlantan, because Atlanta truly does a whole lot of stupid stuff and makes a lot of terrible decisions.  But when the day is over, it’s kind of like mom jokes, where the royal we, are allowed to make them, but the royal you, AKA people who don’t live here, cannot.  At least, not without occasional retribution or expectations of defense.

Some Charlotte, North Carolina blogger has decided to take it upon themselves to speak on behalf of the population, declaring what the city must do avoid becoming like Atlanta.  Their extensive list is three bullet points big, one of which holds some weight, one of them shoe-horned in to give their list some fluff, and one an obvious personal gripe.

Yes, it’s embarrassing that Atlanta has as big of transportation woes as it does, and we’re all aware of all the racial, bureaucratic and money-driven reasons to why such exist.  Next, it’s amusing to dig up intel of a drought that occurred nearly ten years ago as justification to water concerns; a modicum of research might show that part of which was due to the state basically selling surplus water haphazardly, not to mention the city’s Department of Watershed is operated by crooks and incompetents which has lead to legions of backpay and high rates.

As for this author’s motorcycle, sucks to be them.

Either way, this list was shoddily written, obviously a fluff piece to stomp on someone else to try and elevate one’s self, but the fact of the matter is that at least Atlanta has already gotten to a size where trite things can be debated and argued, as opposed to Charlotte, which is pretty much the size of Alpharetta.

I’m pretty sure Mr. Perfect (RIP) could complete a pass to himself from one end of Charlotte to the other.

Atlanta is far, far, far from a perfect place, but honestly, I’d rather be Atlanta than Charlotte.  Charlotte is small and pales in comparison in things that I like in a city (professional baseball, expansive food scene).  It’s kind of interesting that Atlanta has this complex of trying to be a worldly city in the same breaths as New York, Chicago and Los Angeles, but in perspective, there are still places like Charlotte and Birmingham that have dreams of entering the same atmosphere as Atlanta.