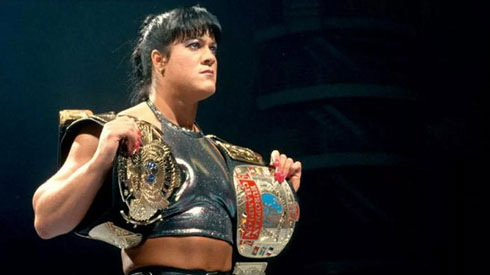 Every year, around my birthday, I kind of hold my breath for a five-day span going two days before and two days after the actual day.  As I’ve pointed out countless times in my life, a lot of bad things tend to happen near, on or around my birthday, and I really wish that such weren’t so often the case.  I think somewhere along the line of tragic events and deaths that tend to happen in April, along with my generally self-deprecating nature leads to the sort of stigma I have when it comes to my birthday.

Unfortunately, 2016 is no exception to the rule, and two days after my birthday, the world was tragically informed that Prince had died, due to god knows what, as to no surprise, the details are still kind of murky and nothing seems to be confirmed yet.  I’m not going to pretend like I was the world’s greatest Prince fan by any stretch of the imagination (lord knows we have social media where people can do that), and I would be one of many who would struggle to name a song other than Purple Rain, but I do admire the guy for the musical savant that he was, and was always in awe whenever I heard stories or accounts of him picking up any instrument and going to town like a pro, because that kind of talent is truly incredible.

But I’m not writing this post for Prince, because as I said, as much as I admired his talents, he really wasn’t that big of a part of my fandoms nor did I have any sort of meaningful connection to his existence.  Not to mention the whole rest of the internet has Prince eulogies and tributes covered.

I’m writing this post for the other person who had the unfortunate fate to call April 21st their last day alive, the person who will always be overlooked if not outright forgotten on this date in history.  Much like Farrah Fawcett passing on the same day Michael Jackson passed, or any other notable instance where one notable person died on the same day as someone who was on a whole other level of notoriety.

Joanie Laurer, better known as Chyna to wrestling fans, passed on April 21st.  The news of her passing was quickly swept under the carpet due to the passing of Prince, that was announced nearly 4-6 hours after hers made it to mainstream outlets.  There’s no denying that Prince was certainly a bigger star than a professional wrestler, but this is where people like me come in, to reminisce and share some words about a lesser-known human being in a lesser-respected genre, who deserves to be remembered for their good as well as their bad, as having existed.

It was in 1998 when I first saw Chyna.  I had taken a break from watching professional wrestling for a while (my parents wouldn’t pay for cable television), and when I got it back during my sophomore year in high school, I dove right back into the fandom.  I was vaguely aware of the rise of WCW, and in the WWF, the emergence of the faction known as Degeneration-X, revolving around Shawn Michaels and Triple H, two guys I remember one being a tag-team specialist while the other I’d last seen winning the Intercontinental title from Marc Mero with the help of a Mr. Perfect heel turn.  But alongside with these two renegades was this massive, muscular woman with an imposing jawline, who was quickly revealed to me to be Chyna, their supposed bodyguard.

Back in this time, Chyna wasn’t a real competitor, and really wouldn’t for nearly a year, despite the fact that she was most definitely trained (by Killer Kowalski).  My initial memories of Chyna are often seen almost as video montage packages, but instead of her doing a variety of things, it’s mostly low-blows to Owen Hart and Goldust, two guys that Triple H was feuding with back in this time.

Naturally with her size and presence, wrestling fans were always curious how she’d fare in the ring; compared to every other female wrestler, she was Godzilla, yet she was still the equivalent of a Mexican luchador compared to the heavyweights of the men’s division.  The WWE would keep this mostly a mystery for quite some time, before Chyna actually began having official matches and making some real history.

And I don’t take those words for granted, making history.  A year ago, it was a big deal when Stephanie McMahon declared a Divas Revolution, and unleashed a new generation of trained, capable women wrestlers onto the main roster.  It’s all great, and I love watching Becky Lynch and Sasha Banks as much as any other wrestling fan, but the reality is that such pavement wouldn’t even exist had it not been for Chyna.  And in some degree, she paved paths that frankly nobody else will even tread on, having a litany of inter-gender matches, and having won championships that are almost exclusively for male wrestlers.

Simply put, Chyna took gender stereotypes and tilt-a-whirl back breaker’d them over her knee, in the world of professional wrestling.  She proved that women could compete on a similar level as men could, and it goes without saying that without her existence in wrestling, there’s no telling just how much in the Stone Age the women’s division still could be today, if at all.

The sad and ironic truth about the passing of Chyna is the fluffy aftermath that’s going to, and has already been presented by the wrestling industry.  It’s no secret that her departure from the WWE was mired in less-than amicable circumstances, and it’s also no secret what Chyna had done after her wrestling career that basically blacklisted her from ever coming back to the WWE, not that she’d really have wanted to come back.

Basically, her boyfriend Triple H ended up taking his storyline relationship to Stephanie McMahon into reality, Chyna was dumped, and eventually left the company, kind of humiliated.  There’s not really any proof, but it doesn’t take a genius to tell that the separation was less than civil, given the passive-aggressive smearing done by people in the industry, citing Chyna’s temperament being anything from “a diva,” “martyr,” and/or “entitled.”

Eventually, Chyna would move onto other, less-respectable (than professional wrestling, ouch) endeavors, such as appearing on reality television, and ultimately pornography.  Her sex tape with also former wrestler and also friend of Triple H, Sean “X-Pac” Waltman, was oft-perceived as a humiliating grasping of straws at attempting to remain relevant by both participants, and has sort of become something of an ironic parody of something smarks cite when they want to laugh about something.

But despite her having been removed from the wrestling industry for nearly 15 years, the wrestling Grim Reaper still tracked her down, and gave her the same headline that wrestling fans have read over, and over again: former wrestler, mid-40s, died too young, over some concoction of drugs, and/or a history of drug-related problems spawning from a career in professional wrestling.

Make no mistake about it, around March of next year, when the WWE starts ramping up Wrestlemania coverage, and starts trotting out names of former superstars for the Hall of Fame, Chyna will be nominated, posthumously.  100% bet on it.  The Hall of Fame is ironic to begin with, because it’s a real honor for a parody performance, but the WWE takes it very seriously.  It’s also extremely formulaic, in that every year consists of a genuine world champion HOFer, one mid-card HOFer, one HOF tag team, one executive HOFer, an international HOFer, and one female HOFer.  And given the fact that Jacqueline was the 2016 female HOFer, the death of Chyna has made it extremely, extremely easy to already have 2017’s female HOFer already in the books.

The worst part about this?  Given Chyna’s messy break-up with Triple H, Stephanie McMahon and the rest of the WWE, and the less-than-respectable career she had after wrestling, I would say that she had almost no shot at entering the Hall of Fame, while she was alive.  She would have had to have cleaned up her act, sustain it for a little while and wait for WWE Creative to get in touch with her, not to mention wait until Miss Kitty or Santina Marella got in first, before the list finally got to her name.  But in death, the conditions of HOF eligibility are all wiped out, and most importantly, a respectable posthumous HOF induction, is what’s best for business.

Anyway, here’s to Joanie Laurer, AKA Chyna, AKA the 9th Wonder of the World.  Love her or hate her, she was a genuine trailblazer in an industry dominated by men, who achieved feats that will probably not be matched for quite some time.  April 21st will probably be most remembered historically as the day that Prince died, but to those of that remembered her existence, Chyna most certainly deserves our respect too.