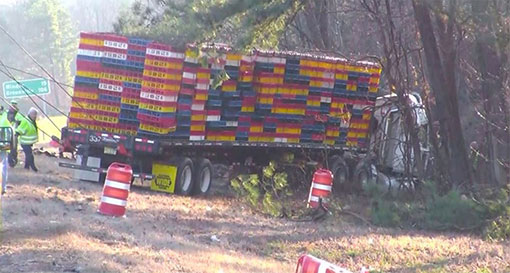 It’s been a few days since I last allocated some time to write, which is typically something that I’m not a fan of doing.  But things have been busy at work, and even busier at the house, so I haven’t really had a nice chunk of time in which I could throw down some words, much less dick around on the internet to look for things to write about, or even glance at social media.

Being an adult sucks and is depressing, and I very much dislike this feeling of not feeling at home no matter where I am currently.  But like all adverse weather, this storm too shall pass, and eventually things will get back up to a more satisfactory par.  But first, I wish everyone around me at work weren’t sick and carrying the plague into the workplace and I feel like I should propagate Asian stereotypes and start showing up with a surgical mask on, because I actually value my health and have consideration to stay away.

Anyway, when I want to get back into the swing of the written word, I tend to go for low-hanging fruit or easy fluffy things to help jog the mind and the typing into a groove.  And there’s no better things for me to get fascination out of, than trucks full of interesting contents, crashing all over Atlanta highways.

Over the span of the last few days however, it wasn’t just one truck that tipped over and dumped its shit all over the road, but two separate trucks, being driven by reckless drivers who were probably too sleep deprived and/or just stupid, and fell victim to the perils of Atlanta interstates.

The first truck, was described as a chicken truck.  At first, I was excited at the prospect of pounds upon pounds of raw chicken getting dumped out or even live chickens being frantically released all over I-85, but it turns out that the truck was full of nothing but pallets used to transport chicken, and no actual product.  Still, I’m fascinated at how accidents like this sometimes occur, where a truck basically just goes off into the woods, but given the fact that it supposedly happened around 5 a.m., I think it’s safe to assume the driver fell asleep at the wheel.  The question is, who’s to blame, the driver or the expectations/deadlines of the shipping company?

The second truck, the contents were not specifically described in the initial headline, but I had suspicions when I saw the phrase “overturned truck,” because I always want to know what’s in them when they tip over.  It also piqued my interest, because it occurred right near where the Atlanta Braves’ new Great White Flight Racist ScumTrust SunTrust Park, and anything that might troll/inhibit/screw around with the perception of the new ballpark is relevant to my interests.  There is in fact a lot of construction surrounding the area in which this occurred, but it’s still very much a straight line in which a truck driver somehow managed to overturn.  Chalk it up to a dumb driver being dumb, I guess.

The very last sentence reveals that the contents of the truck was actually cattle feed; unfortunately it wasn’t tons of raw beef, or live cows getting released onto I-75, or that the spilling of all the feed didn’t attract cows out of the woodwork or something.

A great big cow turd, with SunTrust Park in the background would make for a compelling and poignant photograph.

Obviously, I’m more hesitant to glamorize these incidents if any people or animals were hurt in them, and I’m pleased to report that aside from some bumps, bruises and shaking up, no drivers or bystanders were hurt in either crash.

It’s close, but neither of these can really contribute towards the highway buffet of carnage, considering neither actually contained any food stuff, but instead accessories to the essential livestock instead.  But still, it’s amusing to see words like “chicken truck” or “truck full of cattle feed” in the news, even if probably nobody else gets it.

I get that although I find these incidents funny in a spectator standpoint, and that I’d probably be livid, hate the world and be homicidal in the event I ever got caught in a traffic nightmare on account of a tipped over tractor trailer, but knock on wood and that’s a story for another time, that I hope never comes into fruition.