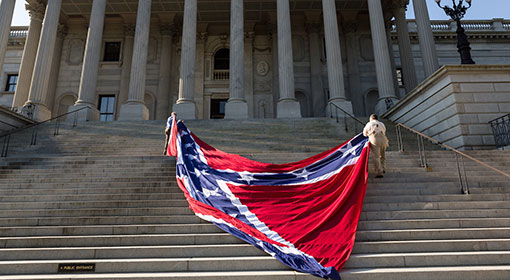 Sure, this will undoubtedly get shot down by the governor, because a state that champions its heritage of once being a place that was not quite so friendly to blacks and minorities, is a state where Porsche, Mercedes-Benz, Kia, Coca-Cola and the burgeoning movie industry will not want to do business with, and drop off their precious precious dollars behind in the process.  But it probably won’t stop it from showing up periodically by the same, or some other racist state reps who will probably try to sneak it in, change verbiage, or do whatever unethical means necessary to see if they can find a way to bring the name back.

Whatever though, I don’t particularly care what happens one way or the other.  Either it comes back as something ironic and pathetic for me to laugh about, or it remains unnamed on the calendar, and more sensitive souls are at ease at not seeing the dreaded C-word on a calendar for the future.