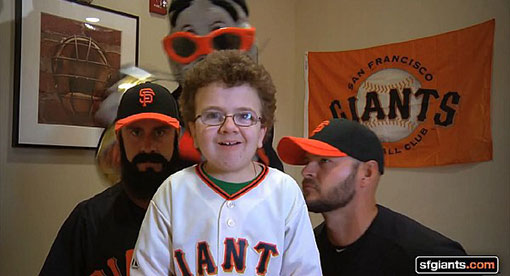 Honestly?  I just don’t like the city of San Francisco as a whole, because I thought it was a tremendously overrated place that was expensive, pretentious and full of smarmy hipster nerds everywhere, even at the ballpark, and even worse on the internet.  Although I can’t really pinpoint where the disdain began, I do know that it’s San Francisco people, namely the sports fans, that sustain the dislike for their sporting teams, especially the Giants.

So, long-winded introduction aside, back to Madison Bumgarner getting hurt; sure, he did something stupid and now the entire team is going to suffer their best pitcher going on the disabled list for at least two starts, but he’s a human being, he’s an American, he’s free to do whatever he wants in his free time.  Sure, dirt biking in Denver might not exactly be the wisest thing for a man who makes his money on the health of his left arm, but he’s a dumb country kid from North Carolina, and if he wants to go dirt biking on his day off, he’s more than free to do so.

It sucks for the Giants, because they will definitively lose Bumgarner for at least two starts, and who knows how a shoulder problem is going to linger for the remainder of the season and possibly his career at this point, which means it sucks for Bumgarner, because any regression from his usual dominant performing only hurts his future earning potential, which really sucks for him because he was stupid and signed a team-friendly contract instead of aspiring to get some David Price-money which he could easily have gotten given the fact that he basically carried the Giants to three World Series titles.

But the fans?  Who gives a fuck about the Giants fans.  Them getting all passive-aggressive and cracking jokes about Bumgarner’s choices is fan hypocrisy at its most pathetic.  Bunch of spoiled and entitled tech-savvy shitheads all thinking they’re internet comedians or owed anything at all by Madison Bumgarner or the Giants themselves.

I love seeing Giants fans getting all bent out of shape about Bumgarner getting hurt.  It’s bad enough that the season has started so poorly for them, and that they’re in last place behind teams like the Rockies and Diamondbacks.  The passive-aggressive animosity coming from them, because I’m convinced nobody in San Francisco is actually capable of expressing animosity in any other fashion is music to my ears.  From a fanbase that has enjoyed three championships within the last decade, it’s basically the definition of insufferable sports fans whining at its best/worst.

Like seriously, fuck you Giants fans.  That’s what I’m thinking if I work for Ford, and I see these bitches complaining about the timing of a commercial featuring Bumgarner on a dirt bike.  It’s not Ford’s fault that Bumgarner got hurt coincidentally while riding a dirt bike, and not everyone is such a fake diehard Giants fan that the sight of seeing him on a dirt bike is going to be a tragic trigger or something.  Or be so dumb to let television commercials influence whether or not they should buy pickup trucks in the first place, especially in the city where parking is practically more premium than drinking water in the desert.  Ford’s in the money-making business, not making Giants fans happy business, and these lame-ass fans need to shut the fuck up and oh, I saw the best shirt over the weekend, a sassy black lady wearing a t-shirt that said “BUILD A BRIDGE AND GET OVER IT

That’s what Giants fans should do.  But until then, owned.