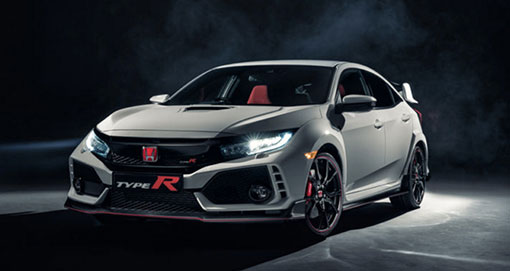 Anyway, the Civic Type-R.  Finally in America.  I guess gone are the days of Honda worrying about a Honda Civic competing against itself, against the Prelude or the Acura Integra in terms of bang for buck and overall performance.  Gone are the days where Honda thought a Civic Si or an RSX Type-S would placate performance-hungry American motorists who do in fact, have the internet and know what Hondas overseas are capable of in other countries.  And gone are the days when the Honda Civic used to be the entry-level economy model with mild performance, high-upside and infinite aftermarket potential.

And now, we get this abomination of a Honda Civic that legitimately looks like Darth Maul Force-paralyzed a Stormtrooper, fucked it silly and gave birth to the new Honda Civic Type-R.  And instead of the old days of taking the same body style as all the other Civics and simply giving it a stronger motor and stronger guts and slapping a Type-R badge on it, it appears that Honda is shooting for the moon in terms of its performance out of the box: 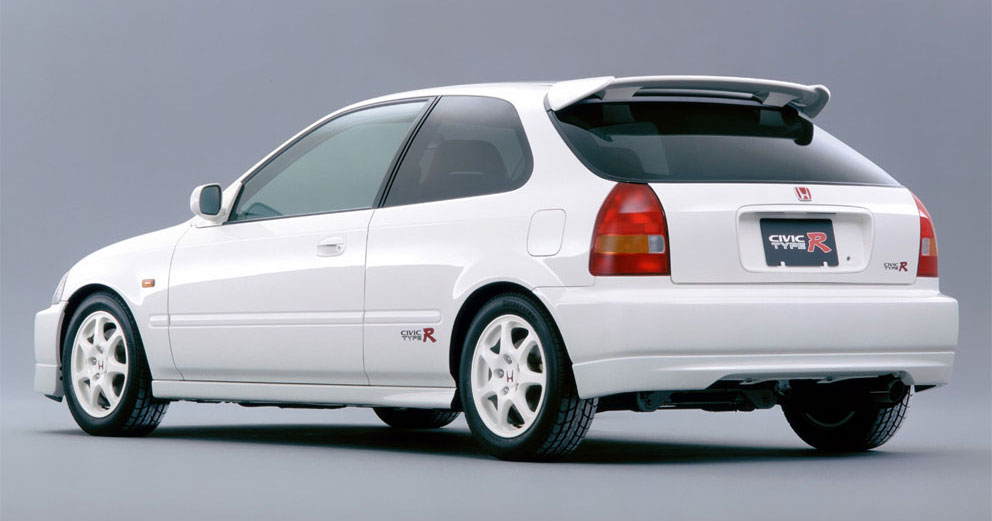 In a way, it seems weird to me that Honda is going the route of a turbocharger and a motor with a pedestrian sounding 6,500 rpm redline.  Sure, they’re going to boast a Honda Civic that has 306 horsepower straight from the factory, but also gone are the days of engines that redlined at like 8,000 rpm and churned out 210 horsepower from a motor that powered a car that weighed feathers and subsequently flew.

I always felt that Type-R was a badge that denoted innovative tuning and a methodology of extracting the very most out of the utilized materials, and created cars that not only could drive fast, but also be agile and handle like champions.

The new Type-R seems a little punch-drunk on power, and despite the boasting of suspension, springs bushings and dampers, there’s a limit to how much physical control a vehicle that advertises 300+ horsepower can handle.  And at an expected sticker price that will surpass $30,000, we’re nearing the point where one can start asking themselves if they wanted a lower-end Audi, Lexus or even BMW, over a Honda Civic.

I couldn’t even fathom dropping $30,000+ on a Honda Civic, especially when I know back in the day, a Honda Civic was the joke car that every teenage Korean kid got at some point in their lives, that had no power, great gas mileage, and overall reliability as the sticking points.

What’s funny to me is that in spite of all the impressive power figures and the bloated price tag, there’s still one severe disadvantage that makes it a pretender next to all of the other cars it’s trying to put itself on the same pedestal with: it’s still a front-wheel drive car.  The Volkswagen Golf R, the Focus RS and the Subaru WRX are all all-wheel drive cars.  They cost comparably to the new Civic Type-R, and they have as much turbo-charged power as it, but the big difference is that they’ve all got the handling superiority of all-wheel drive.

The bottom line is that frankly for Honda, this is too little, too late.  I’m sure it will still sell well, because there are lots of people who like fast cars, and people who really want a Type-R sticker.  But for those people who have brains will know that if you’re willing to drop money on a Civic Type-R, you could probably get a better car in a Subaru WRX or a VW Golf R, or you can upgrade to a little bit of luxury with a little bit more money.

If this were 20 years ago in 1997, I’d have been over the moon at the arrival of a Civic Type-R, but now that I’m all old and shit, I just think it’s a funny scenario of someone whose pathetically late for the dance, and everyone else is already at the after parties enjoying their superior cars.