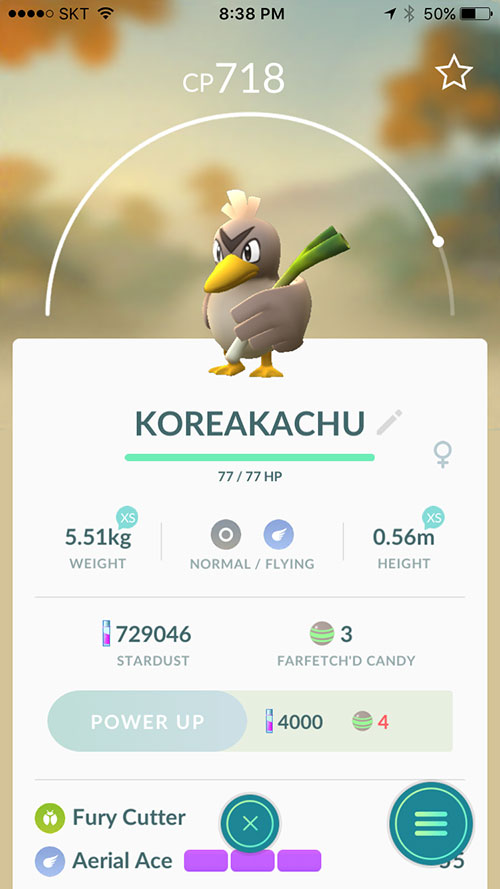 Admittedly, one of the things I was really looking forward to on my trip to Seoul was that I would have the opportunity to catch a Farfetch’d in Pokemon Go.  Why am I even still playing this game? is this notable?  Because Farfetch’d is a regional exclusive Pokemon that’s exclusive to Asia, and Pokemon Go wasn’t even allowed in South Korea until literally like two weeks after I had left the fucking country last year.

So the only people who had Farfetch’ds were those who lived in Asian Pokemon Go countries, those who cheated and spoofed their IPs to look like they were in Asian Pokemon Go countries, or tryhards like me that traveled to other countries and actually tried to capitalize on the local Pikachus, wanting to fill their coffers with Pikachus with geostamps listing the places of the world they’ve been to while playing a kids game.

Anyway, during my first morning in Seoul, I went out on a walk because according to the Seoul Pokemon Go Map, I noticed that there was a Farfetch’d within a reasonable walking distance from where I was.  I needed to catch this motherfucker because I really wanted to knock this task off of my list as soon as possible, because I didn’t really want to be the asshole not seeing the world around him, because my face was buried in my phone; the irony of this statement is not lost on me, considering at any given time, 80% of the South Korean population has their faces buried in their phones.

So I get to the location where the Farfetch’d was noted to have spawned, and sure enough it spawned on my phone.  Through bated breath, I unloaded the full arsenal of raspberries and Ultra Pokeballs and hoped that I could catch it and it wouldn’t break free and run away.  It took three tries, but I secured the catch, and then I felt a tremendous amount of satisfaction at getting to be the ultimate tryhard that had just secured a regional exclusive in North America, Europe, and now Asia.

No more than like an hour later, mythical gf shows me this video on social media, released by Niantic themselves, the creators of the game, pimping this global promotional event, where if all (existing) players across the globe catch a collective 3 billion pikachus, then a 48-hour window would open up in which players would be privy to catch regional exclusives not exclusive to their region, most notably with North America getting free shots at Farfetch’d.

This is where I wish I had something breakable in my hand, so that I could slam it onto the ground in disgust and break it.  Just like that, my pursuit of a Farfetch’d was thrown into the toilet and flushed but it was one of those shitty environmentally-friendly toilets so it kind of resurfaced with a bunch of shit and needed to be flushed a second time and watched over to make sure that it actually went down and stayed down, but not before needing to wait for the bowl to fill back up again, so I had to stare at a bowl full of shit until it was ready to flush again.

I had traveled to South Korea and caught my Farfetch’d, 100% by the rules and how the game was supposed to be played; by exploring the world.  And at the time I just wrote that statement, there are millions of existing Pokemon Go players in North America alone who were basically gifted their own Farfetch’ds, just because Niantic decided that everyone deserves a trophy, regardless of if they’re actual daily players who contributed to that 3 billion pikachu goal, or if they’re scenesters who wanted to catch one so they could have one more incessant social media post to humblebrag about.  Like seriously, I know at least 4-5 people who brag about how they’ve abandoned the game long ago who posted about how they caught a Farfetch’d, and I don’t have a ton of friends, so I figure other people know way more who are like that. 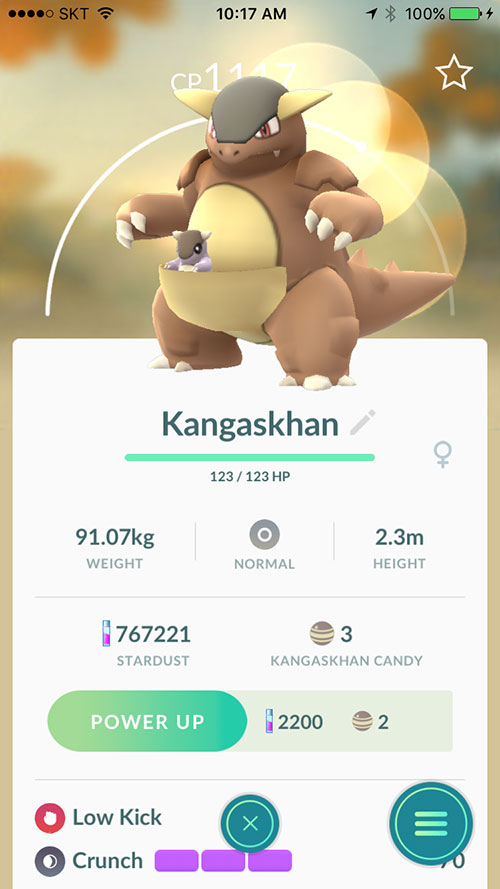 Just like that, my original Farfetch’d is rendered irrelevant and nothing special, because everyone who gives a shit about the game now has one.  The saving grace to this promotion was that while I was still in Asia, I became privy to the Oceanic region’s Kangaskhan pikachu, which is pretty much exclusive to Australia and New Zealand.  The thing was though, my 48-hour window was mostly while I was still in the Philippines, the country that the internet forgot about, and I was getting 2mbps speeds on wifi.  Staying connected to the game was next to impossible most of the time.

Thankfully for me, literally five minutes before boarding my departing flight at Seoul-Incheon airport, a Kangaskhan spawned, and I unloaded the kitchen sink on it to catch it.  So despite my Farfetch’d being rendered irrelevant, I was able to salvage out an exclusive Kangaskhan out of the bullshit promotion to continue to give me the insufferable leg up on the rest of the pleebs.

But frankly, I’d rather that the promotion didn’t ever happen, and I’d have caught one on my own, when one day my travels take me down under.

Yes, I was actually agitated by this.  Fuckin’ Pokemon.  A kids game.