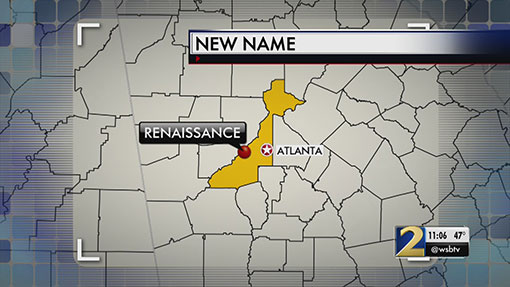 Because nobody on the planet but me is interested: Renaissance, Georgia has their new name vetoed by mayor; cityhood reverts back to the City of South Fulton

Well slap me around and call me Susan – I would never have imagined that this was actually going to happen.  I also have zero idea of how the political system works, because last time I counted, the name was officially voted on and in both cases, Renaissance won out, regardless of how much opposition it got from the contingent who didn’t believe their opinions weren’t represented.  So despite all the voting, it ultimately still was shot down by a singular person: the mayor of Renaissance/South Fulton, who decided that the naming of the city was basically unimportant in comparison to other priorities, like creating a police force and infrastructure.

Personally, I think the whole thing is an ironic joke which was a microcosm of just how much of a dead end the south part of the metropolitan Atlanta area actually is, and the perpetual spinning of wheels being done in the area I used to live in, which are always reminders of just how fortunate I am to have left when I did.  Basically, the City of South Fulton just wasted the better part of the last six weeks trying to get a name change, succeeded for a hot second, but then ended up with no change at all.  God only knows how much money was flushed down the toilet in this exercise in futility in wasted effort and labor towards a sinking ship.

Regardless, the name Renaissance was kind of lame, anyway.  But it’s still moderately an  improvement over “South Fulton,” and I hope the residents of South Fulton are satisfied in knowing that there will always be ambiguity over South Fulton the city and South Fulton County, and the media isn’t going to bother to explain the difference whenever the 3-5 times a day the words “South Fulton” are used in conjunction with reporting stories involving shootings, killings, drugs, car jackings and all the other crimes that occur in either region on a daily basis.

But to nobody’s surprise, this whole charade was a perfect example of just how farcical it is to live on the south side of town, and that inept governments aren’t just Parks and Recreation exaggerations, they’re very much real and exist, and can’t complete even the simplest of tasks without miles of red tape.