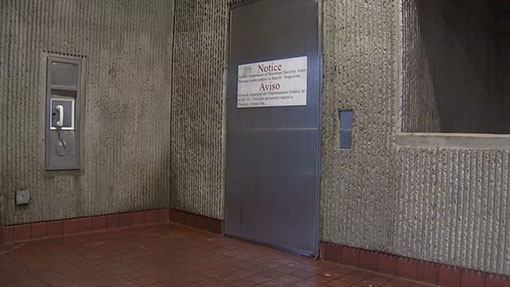 Wrong for so long, it’s pretty much been forgotten: Oakland City MARTA station still does not have an elevator, 33 years later

33 years??  I’m 35 years old.  This is practically something being promised to me when I was born, and still not delivered after over three decades.  It’s no secret to how inept MARTA is, but for something to not be solved in 33 years, that could very well be among its longest-lasting fuck ups in organizational history.

I mean Keith Parker went gangbusters on MARTA improvements; it’s hard to imagine that something like installing a single elevator could actually slip under his radar.  But given the fact that Parker himself is somewhere in his 40s, I’d guess it’s not difficult to miss something that’s been a problem when it was already neglected into being the norm when he was still in high school.

Regardless, this story is still ironically hilarious in only the manner in which MARTA could make ineptitude funny.  I think the best part is the fact that they don’t have an elevator, but they have space saved for one, and the shaft already ready for the installation of one.  It’s just the fact that over the last three decades, MARTA has just failed to actually put an elevator into the space, alienating the handicapped and those with strollers and/or luggage from being able to traverse from one floor to the next.

It’s like a car person buying a car to restore from the ground up, meticulously constructing and putting it together, but then not installing an engine into it, and then letting it sit for 33 years.

Elevators haven’t changed that dramatically over the last three decades, but technology surely has evolved a little bit, but most importantly, Americans have certainly gotten larger.  By now, even if this news exposure lights a fire under MARTA’s ass to actually get an elevator installed, the shaft bored out 33 years ago probably is going to need some further modification and clearance to be compliant with the elevators of today.  Probably in the realm of size, because people today are fatter than ever, and with their wheelchairs, strollers or luggage in tow, some of today’s hefty fuckin elevators are probably going to be needed.

To which MARTA is going to have to spend even more money and wasted effort in order to retroactively update something that was never used in the first place.

Or they’ll say they’ll do something about it to get the outcry to die down, but then neglect it for another 30 years.  They’ve done it once before, who’s to say that history wouldn’t repeat itself, since this is the option that requires zero dollars and zero effort?