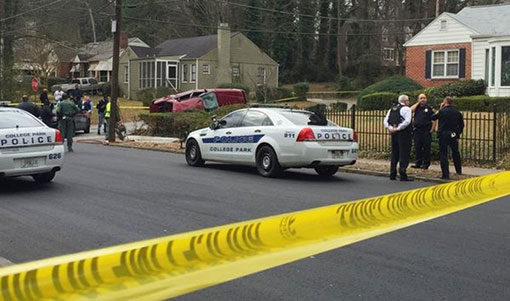 Honestly, I don’t even know why I still bother visiting Curbed Atlanta these days.  In the past, I used to look at it, because they actually talked about real estate, and it was kind of cool to see what properties in other neighborhoods throughout the metro area looked like, and I was on the verge of hitting the market.  But now I’ve got a new home, yet I still find myself visiting the site with some regularity.

I could write a bunch of bullshit reasons about how it’s still a local community website discussing things pertaining to Atlanta, but those would all be, bullshit.  Really, I think the most intriguing part about it is the robust comments sections of every article, featuring the same insufferable hipsters, NIMBYs and ITP snobs constantly repeating how great East Atlanta and Old Fourth Ward are, and how everything not those neighborhoods aren’t really Atlanta, and if it were remotely possible, they’d declare them not even a part of the United States as well.  It’s these people butting heads with those who foolishly choose to engage them, and the ensuing internet fights that happen every single day, is why I tend to visit somewhat regularly.

I could simply state that the inclusion of College Park in this silly competition is what immediately invalidates it from the onset and call it a day, but then we lose out on all the fun of criticizing everything about it.

The thing is, College Park aside, two of the other three finalists are shitholes in their own rights.  Frankly, Westview and West End are practically the same thing, since they’re literally two sides of the ghetto separated by a single street, but still combined one tragic mega-ghetto, that everyone applauding them and talking them up, probably couldn’t be paid to live in either of them even if they were offered a free home.  And the same can be said about College Park, which I’ve written about numerous times about just how vicious of a ghetto it is in its own right, and you couldn’t pay me enough money to voluntarily live there.

When it comes down to it, this silly competition is Old Fourth Ward’s to lose, since O4W is the epicenter of insufferable Atlanta ITP hipster jingoism, since it is pretty close to dead center of the city, and is where the Jesus sidewalk AKA the Beltline intersects with New Jerusalem AKA Ponce City Market.  It’s where the property values ratios are the most outrageous outside of the mansions in Buckhead, and every hipster wants to live there and are content paying upwards of $2k+ a month for rundown closets so they can say they live there.  Ironically, crime isn’t much better there either, because from O4W to East Atlanta is either a pretty organized smash-and-grab group, or the police really are that inept to stop them, but shit’s not much better.

I fully expect Old Fourth Ward to come out winning this, but it doesn’t change the absurdity of this whole charade by having it “competing” against three ghetto neighborhoods, one of which is barely ITP, and exists solely by proximity to the airport.  The fact that all the popular hipster neighborhoods have already fallen out is indication of a combination of white guilt, resentment towards the general Curbed community, or trolling of online ballots.  Or maybe all of the above.

The point remains, the Curbed Cup is a stupid exercise reeking of misdirection and white guilt.  As funny as it would be see College Park win it over O4W, there’s still something stomach-turning to know that College Park was deemed a “top neighborhood” when it’s really a crime-infested cesspool that’s getting a rub from the gentrification fairy, but even they’re not capable of miracles.  Plus, I don’t think I’d enjoy seeing College Park win at anything, given how shitty of a place it is, even if it means the hipsters of O4W get to win something.  The devil you know, I suppose.