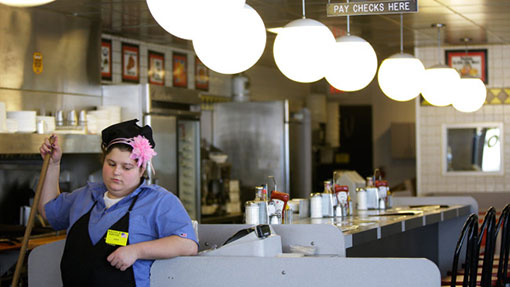 Now I like Saturday Night Live.  No, I’m not going to go on some nostalgic tangent and name drop Mike Myers, Dana Carvey and Tim Meadows and shit, but I can say that I’ve watched a lot of SNL in my life.  I can’t say that I’ve watched that much of it within the last few years because it’s been long since I’ve cut the cord, and haven’t had the capabilities to watch network television in quite some time.

One would also have to be pretty much blind and deaf to the knowledge that throughout the last two years or so, SNL has been absolutely killing it with politico segments, primarily focusing around mocking the guy elected to presidency as well as key members of his administration.  As much as the liberal left bemoans to this day the result of the last election, frankly it could almost be said that nothing could have been better for SNL than what had actually occurred, due to the sheer volume of material now available as a result.

I’ll admit, I think Alec Baldwin’s impersonation is pretty funny, and I get a kick out of the faces he makes upon the completion of statements.  The fact that the elected guy himself addresses each slight and mocking skit on social media just adds to the ownage, and then the cycle repeats itself over and over again.

Especially when said jab was comparing the running of the White House to a Waffle House at 2 a.m., that was unwarranted and uncalled for.  And frankly those writers who came up with such a boldly inaccurate statement have clearly never been to a Waffle House at 2 in the morning and seen just how efficiently run most of them are.  The same can be said about anyone who thought the joke was the funniest thing in the world, they’ve clearly never seen the reality themselves.

Really though, is it at all any surprise that some smarmy arrogant comedy writers out in New York don’t know shit about Waffle Houses?  They stop at what, the Maryland-Pennsylvania state line, if that at all?  If SNL scenesters want to be presumptuous about Waffle House, they’re fair game to be presumed to believe that they’re above a regional greasy spoon that serves comfort food to those in need at every single minute of every single day.

I mean, these self-absorbed douche canoes also seem to believe that Brooklyn barbecue is taking over the world, which I find nearly equally as offensive as the slight to Waffle House.  And as I said to my friend who posted such ludicrous trash on social media, New Yorkers wouldn’t know barbecue even if it mugged them and then tried to blame it on a Puerto Rican.  Just like they wouldn’t know how much more efficient a Waffle House is over the White House if it put a showerhead over a utility sink in a closet and then charged $2,500 per month for it and made it available over a lottery.

Come SNL, you’re better than this.  Do a little bit of fucking research before trying to be funny, because comparing the White House to Waffle House is about the most insulting slight they could possibly say to the franchise that hardly does anyone wrong.

Shit Tyrone, get it together.