Sometimes, a show isn’t great enough to warrant its own post, but still good enough to be worth mentioning, when combined in the same breath as several other like-quality shows.  And when we have enough of them, it becomes worthy of a composite binge topic to where I can list off some of the shows I’ve seen recently that weren’t groundbreaking or mind blowing, but still worth something enough in usually time or effort to mention.

Ugly Delicious (pictured above, Netflix) – At first blush, I’ve never really been a fan of restauranteur, David Chang.  Part of it was the fact that I found his opinion of his New York restaurants versus the world to be pretentious and arrogant, but mostly the fact that David Chang really reminds me of myself, that is if I were successful in my field and world renown.  But he grew up in Northern Virginia, is only a little bit older than me, and based on a lot of his monologues throughout the show, thinks in ways that I feel is very similar to my own lines of thinking.

However, Ugly Delicious, as much of a celebrity circle-jerk it tends to turn into repeatedly, was still a really quality series that I enjoyed a good deal.  It’s thought-provoking, definitely conversation worthy, and there’s a lot of laughs to be had from it.  It’s a definite good show for anyone who either likes food, is interested in classism, racism and cultural appropriation, is Asian, or frankly, all of the above.  It changes my opinion of Chang to be a little more favorable, but at the same time I’m skeptical that a lot of the soul in the show is still staged for the sake of show creation, but when it was all done with, I still enjoyed the series and would recommend it to others. 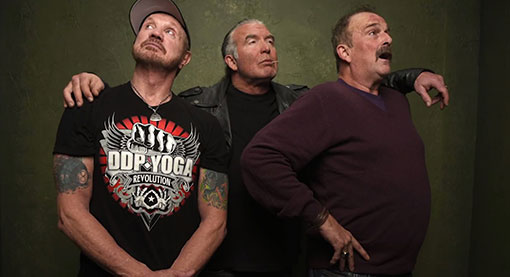 The Resurrection of Jake the Snake (Netflix) – To anyone who watched Beyond the Mat back nearly 20 years ago and thought “man, what the fuck happened to Jake the Snake?” when he was shown as a torn-down substance abuser shell of a man, would wonder how he managed to stay alive for nearly another two decades after that, considering not a whole lot changed from 1999 to when this documentary was filmed.  But the fact is, Jake the Snake hadn’t ever really recovered until this documentary kind of put him back in touch with Diamond Dallas Page, another former wrestler who’s pretty much dedicated his life to yoga and helping people gain self-improvement.

It’s a hard-hitting documentary that shows the intense struggle of substance abuse combined with the hard-living life of wrestling and what happens when a career ends, but really what it really accomplishes is showing the sheer humanitarian-spirit of DDP, who emerges from this looking like a bonafide saint. 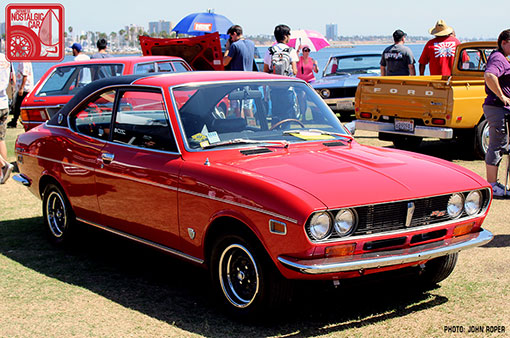 Fastest Car (Netflix) – this was a show I started watching on a whim that turned into something that I mowed through in like three school nights.  Basically, it’s a show about people racing cars, where every episode featured one super car (Lamborghini, Viper, etc) versus several people who built project cars and/or sleeper cars.  And their respective stories to why people build the cars they built or why people are arrogant over the flamboyant supercars their have.

It’s a show that tickled my old car-loving days, and it’s wholly entertaining to see the cherry-picked portrayals of all the contestants of the show, where the sleeper builders are shown as these mad-scientist genius engineers, whereas most of the supercar owners are pretentious douchebags.  But best of all, the series is short, and packed with heartbreak, victory, triumph and disappointment all wrapped up in races that are over in instants. 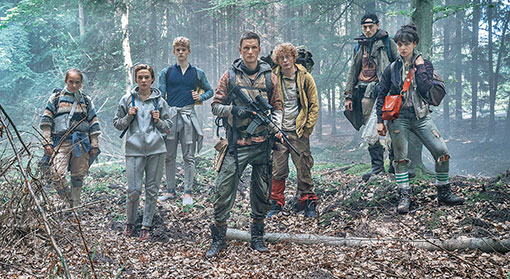 The Rain (Netflix) – after the surprising amount I liked the German show Dark, I decided to test the waters with series from other countries, to see how storytelling and acting was like from countries that I had no clue to what they were like.  The Danish-made The Rain seemed intriguing enough, about how a virus transmitted through the rain decimates Scandinavia, killing almost everyone, leading to a young band of survivors to traverse the country in search of safety and answers.

It’s a little bit of a predictable show, and in my opinion a little bit weak.  But it’s still entertaining and frankly I’ve seen way worse things in my life.  I can’t say that I’d watch a second season if one is ever ordered, but for what it was worth, it’s interesting enough to watch for just the cultural differences here and there. 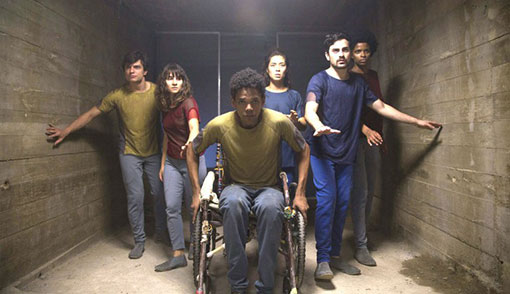 3% (Netflix) – for the same reason I watched The Rain, I decided to give Brazil’s 3% a whirl, since it sounded interesting enough.  Basically in a dystopian Brazilian future, where everyone is poor, save for a society that lives off the mainland with opulence, technology and luxury, Brazilians from the mainland have the opportunity when they turn 20 to gain entry to the Offshore.  The thing is, only 3% of registered applicants make it through the trials which include everything from interviews, physical, mental and team challenges.

It definitely has appeal, especially now, where the battle royale genre has really taken hold.  Whether it’s because of Fortnite, or stories like Battle Royale, the Hunger Games or Lord of the Flies, it’s an intriguing series where nearly a thousand candidates are whittled down gradually to where only the cream of the crop remain, but naturally there’s a lot of side plots and a variety of reasons for people to be trying to get to the Offshore.

I underestimated the 3% to be as good of a show as I thought it was, primarily because it was from Brazil, and I’ve shown no love for the culture in the past, but 3% was still a solid show.  Season 2 is already available on Netflix and the next time I’m in the market to binge a show, it’s high on my list to queue up.  Hue hue