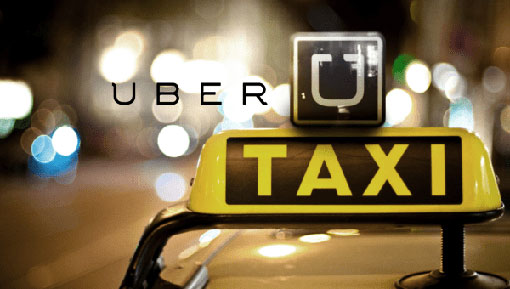 Some ≠ All: some lobby group of rideshare drivers are salty about upfront pricing and decide to stage a protest in Australia

The RideShare Drivers United (RSDU) don’t seem to realize that upfront pricing is the one thing that separates rideshare from taxis.  If companies like Uber and Lyft were to eliminate upfront pricing and price based on time and distance, they are literally, becoming cabs, except minus the obnoxious orange or yellow color of vehicle.

One of RSDU’s demands is that the ridesharing company stop using upfront pricing, and return to a system where drivers are paid for the actual time and distance traveled.

Yeah no, that’s probably not going to happen.

I understand their frustration, because I can’t help but feel bad for a driver I’ve hailed who gets completely stuck in stand-still traffic for 20 minutes, but are only going to make $24, because that’s what the app said they would make, but that’s the reason why I took them instead of hailing a cab or some other alternative mode of transportation.

Hell, when I was in Manila, I paid the equivalent of $6 USD for a ride that was eight miles away, but the traffic in Manila is so hellacious, it still took us 45 minutes to get there.  I actually nodded off and as a result, left my phone in the car, which was a whole other ordeal about that trip, but the fact of the matter is that for eight miles and nearly an hour, the driver made like six bucks.

But what the RSDU probably doesn’t comprehend is that if this collective of rideshare drivers don’t want to do what they do anymore, because they think it’s unfair, the world is slam-packed full of other drivers who are willing to do it, because it’s still an honest living that can be done without much qualifications outside of a clean driving record and a reliable car.

If these hipsters in the RSDU want to get paid for time and distance traveled, there is an alternative business they can get into that does exactly just that, AND it provides them a vehicle not their own to drive – they’re called TAXI CAB companies!  Except then, they’ll bitch and moan about how the companies take too much of a cut, and their fare and fee structure turns off riders, and it’s a business model that’s already getting pwned by the rideshare industry, and after two weeks of driving a cab, they’ll be begging to get back into ridesharing.

I think the best part about this article is that when I originally started writing, there was no update, but when I cross-referenced it again, there was an update where Uber pointed out that pretty much no drivers actually took off the time in which the RSDU proposed they all protest.  Whether it was typical lack of balls and conviction by the spoiled generation, or just a lot of drivers who aren’t as salty and bitter over the way the system works, the RSDU’s complaints and bitching effectively, fell on deaf ears.

Get owned, and be satisfied with the less-cost-effective-to-riders price hikes that are already giving you dumbfuck drivers some leverage back, and think about the alternative if you’re unhappy.  Cabs.