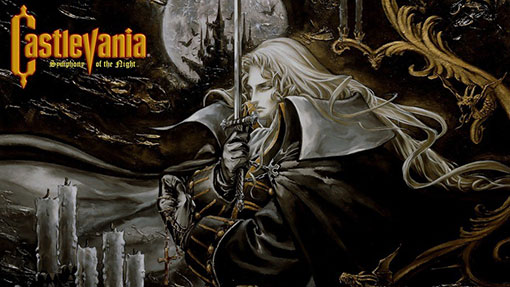 Let me clarify: I don’t have a problem with playing old video games on old consoles.  I do however, have a problem with video game companies throwing in the towel on creativity and effort, and simply repackaging old hardware and software, calling it retro and then selling them at prices that don’t exactly match the end product, all in the name of preying on the nostalgia of nerds like me and around a similar age.

Nintendo made ludicrous amounts money selling miniaturized versions of both the NES and the SNES systems that are basically glorified emulators with a safe set of classic games, most of which weren’t really that high in demand.  Sony decided to hop on the same boat and announced the creation of a miniaturized Piss1 console that will basically be the same thing with Playstation’s early library.

More recently, the software companies themselves have decided to produce such retro collections, such as Capcom releasing their Beat ‘Em Up Bundle, which is a bunch of ROMs of some of their unlicensed side-scrolling fighting games.  And just a few days ago, I saw that Konami has decided to re-release arguably the most successful Castlevania game of all time, Symphony of the Night.

Undoubtedly, all of these things have and will continue to make money, because if they were projected to not make money, they would never be happening in the first place.  But the fact of the matter is that I can’t help but think that this is all really stupid, and I can’t help but cringe at the idea of so many people, and plenty that I know personally, who are going to take the bait and spend absurd amounts of money for systems and games that we evolved and moved away from, for a reason.

I will concede that some of the titles included with a bunch of these systems are more impressive than I would’ve guessed, and both Nintendo and Sony paid a little bit to ensure that the licenses to specific classics were included.  But the thing is, I’m at a stage in my life where I simply don’t want, things, like more hardware than I already have.  If everything can be done at my computer, and I only have to plug in a single controller to play games instead of hooking up an HDMI cable, power source and then a controller into a baby console, then I’m sticking to my computer.

Frankly, I wasn’t the guy who got fleeced by GameStop and traded in all of my old consoles because I wanted a $10 credit for a Piss2*; no, I actually kept, most of my old video gaming shit, because I know I’m a nostalgic person and I know that there’s always the possibility that I’d want to play old stuff in the future.  That being said, if I wanted to play Secret of Mana, Final Fantasy III, Symphony of the Night, Final Fantasy VII** or any of the other titles being re-released in some capacity, I can dig out my old SNES or Piss1 and play them, without having to drop a bunch of money on shit that I already have.

*Except the one time I traded in my Sega Genesis and like five games for $30 credit so I could get a GBA version of Super Puzzle Fighter II Turbo, but anyone who knows me knows how much that game means to me and would understand the importance, plus I was more of a Nintendo guy over Sega anyway
**I wouldn’t want to play FFVII again because it’s the most overhyped and overrated game in the entire series plus fifty other remakes of the game exist for just about every medium possible

But because people are suckers and probably unloaded all their classic shit in the past, there is a market for all this new-fangled retro gaming garbage.  And it will succeed, because like I said, people are suckers.  The irony isn’t lost on me that I’m criticizing people who buy retro games when I just posted about how I just dropped a little bit of coin getting Power Ranger toys; but at least I can argue justification that my Zords can still be interesting display pieces, while retro consoles and virtual re-releases of software are still mostly intangible crap.

Either way, I think this wave of retro gaming is stupid, and all it really accomplishes for me is to justify the fact that the gaming industry is in a real bad place right now, the creativity is at an all-time low, and they’re resorting to nostalgia to keep them afloat before fresher brains and ideas can arrive into the picture to hopefully freshen things up.  Frankly, I think we’re at a substantial generational impasse currently where game companies aren’t sure who to be targeting between the kids who will be the future gamers of tomorrow, or the gamers of yesterday who simply have more money, but have a hard time connecting with the games meant for the kids.

But there are people out there that exist to find the happy medium and idea-makers who can appease both circles in the Venn diagram, and it’s up to these companies to figure out how to find them to hopefully get this industry back on track.  Until then though, I guess I should expect to see more retro crap be flung onto shelves, and people all over the internet and social media to oooh and ahhh over things that weren’t cool originally, but are only cool now because it came from the past.