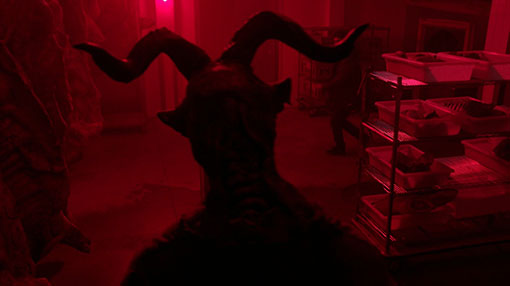 Anyone who’s been reading my brog with any regularity knows what this is all about.  Frankly, I’m not particularly feeling like going through the whole spiel again about how and why MLK is pronounced “Moloch” in Aramaic, and how Moloch, the ancient demon god most certainly came before Martin Luther King, Jr. and therefore had the grandfather clause rights to use MLK over Martin Luther King, Jr.

Really though, the whole point of this post is the fact that I’m currently locked in a training session at work for a software that is basically the equivalent of using bamboo chopsticks to try to put a car together.  Those people who are unfortunate enough to be around my person have heard diatribes and long-ass rants about my feelings about this, so I’ll try to be less verbose about it in a brog post, but the bottom line is that due to the Benny Hill-cueing music-needed training session that I’m in that’s in a laughable state of disarray, with the leadership that’s mandating all this happening, I have the time to write this.

Teammates are dumbfounded and bewildered at the disorganization of this, and I’ve been keeping notes of just how pathetically bad things are, with how the IT monkeys are running around without leadership, trying to keep on an agenda that doesn’t exist.  The third-party representative of this software is twiddling his thumbs doing jack shit on his phone while people on other teams are trying to figure out what comes next.

But hey, this has helped chew up some of the time until the end of the training session, to which because of just how unorganized things have been, my boss decided to throw in the towel on the rest of the session, and now I’ve written a lot less than I had anticipated.

Whatever though.  Happy Moloch Day!