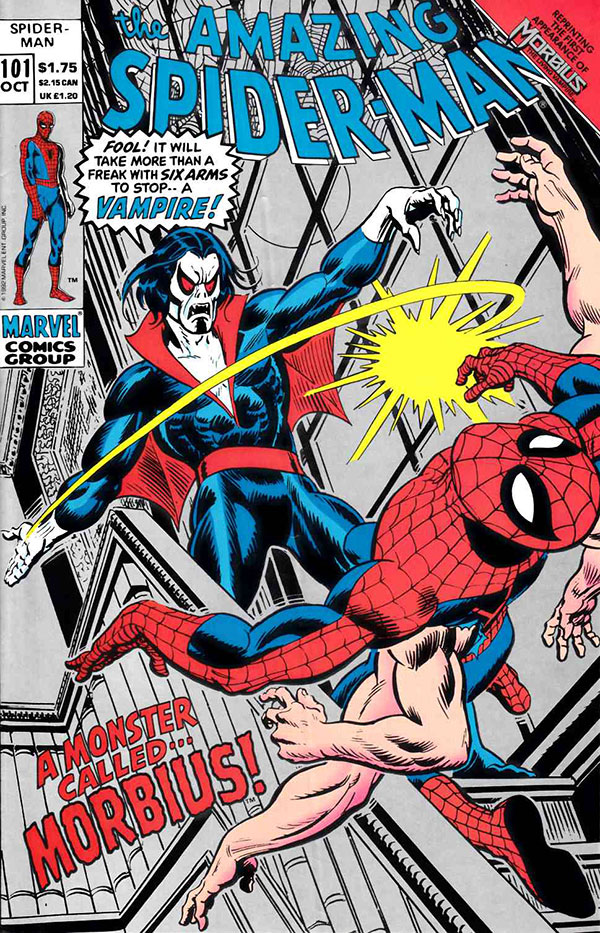 Just a few days ago, I saw Spider-Man: Into the Spiderverse.  It was fantastic.  I felt it captured a lot of what the series has been trying to convey over the last decade, that Spider-Man was more of an idea, and not so much exclusively Peter Parker, and that it’s entirely possible for absolutely anyone, regardless of race, gender or any other difference, to be, a Spider-Man (or woman).

Even more amazing was the fact that Into the Spiderverse was a creation under the Sony Pictures banner, with no affiliation whatsoever to the Marvel Cinematic Universe under the Disney overlords; because it was actually good; unlike the Tobey Maguire Spider-Man sequels, and although I have little interest in watching it, I heard Venom was a turd too.  Needless to say, it’s impressive that Sony actually created something of significant quality with the Spider-Man property, because they’ve demonstrated a surprising ineptitude with it previously.

Without question, into the Spiderverse is the crown jewel of Sony’s collection of Marvel films released, and if they’re smart, they really stick with the formula of creating quality animated films.

Needless to say, my knee jerk reaction to finding out that there’s going to be a Morbius film is definitely a great big wtf, and it exacerbated by the fact that playing the titular role of the human vampire is Jared Leto.  I feel like that Jared Leto is probably into, or has at least had some time, when he was into comic books, and definitely wants to be involved in comic book movies.  I’m sure he felt like he struck gold, when he got the role of The Joker for Suicide Squad, but he probably wasn’t anticipating becoming overwhelmingly overshadowed by Margot Robbie’s portrayal of Harley Quinn, whether that was by design, or just happenstance.  And given the fact that it’s pretty clear that Marvel films are vastly more successful than DC films, of course he’d be interested in getting into a Marvel flick at some point.

Morbius is the guy you go with when Demogoblin, Shriek and Carrion need an extra baddie to help pad their chances against Spider-Man.  He’s literally a bottom of the barrel property, that’s being scraped up to the surface when plenty of villains like Carnage, Hobgoblin, Mysterio and Kraven the Hunter haven’t been touched by any films yet.  Morbius is the guy that is in the background of a large melee, that diehard comic fans pause and carefully scan the scenery to be excited about seeing, just to say that they spotted him.  He’s not a guy to make an entire film about, especially when Sony has no earthly idea what they’re doing with the Spider-Man property themselves, and that he’s probably not going to make an appearance at all.

And the fact that it’s Jared Leto playing the role; at least I can take solace in the fact that he probably won’t be getting any better of a Marvel role for a while because of this; but then again if Chris Evans was able to shake off the Human Torch to become Captain America, anything’s possible, but what it really boils down to is the fact that I don’t really care much for Leto.  His face and his beady eyes remind me of a lucky troll, and I always feel like he’s trying too hard to leave stamps on his characters, and his whole method acting seems really obnoxious, and he looks like a walking embodiment of an sexually transmitted disease.

The only thing I’d hope for is that Morbius acts as a vehicle for the rebooting of Blade.  And then they get like, Mahershala Ali to play Blade, who kills Morbius.  And Jared Leto’s career.  But much like how Sony owning the Spider-Man license creates issues, Blade was originally New Line’s license, and I’m sure this will never happen.

Plus let’s be real here: Ali is too smart to tie himself to non-MCU Marvel films, and he’s already loosely associated with the MCU, with his role in Luke Cage.

Either way, the idea of a Morbius film seems really cringeworthy and gives me a reaction of whyyyyy, when there are so many better Spider-Man villains and even other characters, that are far more interesting, and won’t be such obvious makeup/SFX money sucks to make far more interesting movies about.

Whatever though, if this is what it takes to anchor Jared Leto out of the good, MCU for a while, I guess it could be worth it.  But not for the film itself.  Zero intention of watching it, even pirated.