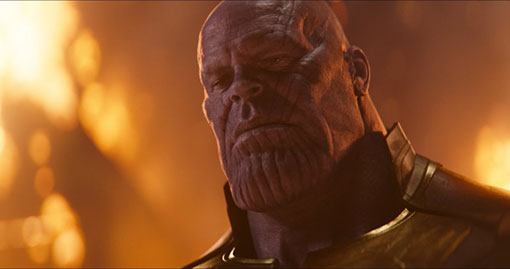 Disclaimer: I may or may not say things that might be interpreted as spoilers for the movie.  But then again considering the fact that I am still offline, it could be weeks or literal years before anyone other than myself sees this post.  Always good to maintain good brogging etiquette though.

So mythical fiancée and I went and saw Avengers: Endgame today.  It’s been two days since the formal release date of the film, but because Hollywood ticket sales data is weird and loves to fudge things to make profits sound way more impressive than they might actually be, it could be anywhere from three to four days since other people of the mostly public world has been watching it.

Typically, this is the type of film that I don’t exactly make such an effort to see so immediately after its release.  Frankly, I didn’t even see Avengers: Infinity War in theaters, and didn’t actually watch it until it started to be available for home releases.  But as a person who was raised heavily on comic books, and as someone who actually read the actual Infinity War/Gauntlet/Crusades comic book arcs, it was still something that I’d be interested in, and despite the fact that I’m not exactly a opening night/special screenings kind of seeker, I’ve still kept up pretty well with just about all of the films of the general Marvel Studios Phase 1 series.

However, because the world is so connected and locked into the internet these days, and damn near everyone is attached to social media in some way, shape or form, I felt somewhat of an urgency to watch Endgame on the earlier side of the spectrum, solely for the fact that I recognize that the citizens of the internet, be it through news and pop culture websites, or through social media itself, are completely incapable of not spoiling things, and waiting to watch anything runs the serious risk of having anything and everything spoiled for you, by people on the internet who just can’t shut the fuck up.

So, we went and watched Endgame.  2-4 days after its initial release.  And it was good.  A solid film that tied up just about every loose end that was unraveled throughout the last 11 years of Marvel Cinematic Universe.  Lots of comedic moments here, some very serious moments there, some slightly eye-rolly fan service moments occasionally, and a few nods to the actual comics, which nerds like me probably recognized.  As I said, it was a solid flick that was fairly enjoyable, and didn’t feel like the three hours that many bemoaned was going to be a test to all viewer’s constitutions.

But do I think it lived up to the hype that the internet artificially created over the last few months?  Absolutely not.

Not even close to the quality of movie where people crashed servers of movie ticket purchase websites, all clamoring to get tickets, so they could post screen grabs of confirmation screens or boast about how they got tickets for opening night.  Not even close to the laughably absurd notion that people were buying tickets and attempting, and in some cases, succeeding in scalping tickets to a movie theater, as if seeing a film on opening night makes it a different film for those watching it 72 hours or 72 days after its release.

And not even close to the quality of movie where people I know as well as the vast millions of strangers on the internet seem to think it’s the literal be-all-end-all to comic book films.

In all fairness though, especially when it comes to films, I feel like few things out there actually live up to the hype, pomp and circumstance the internet is capable of giving them.  In fact, it’s almost something of a jinx or a curse for a movie to get the hype train behind it, because at least for people like me, it pushes their expectations to the cosmos to where I have to recognize that they’re being artificially put to high, and I ultimately tell myself to temper my expectations in order to enjoy it when it’s more of a solid B+ or even A, when I was being attempted to be brainwashed like it was going to be an S+++++++ film.

But that’s just a byproduct of what the world has done to the entertainment industry by way of the internet.  The internet has, as it tends to do with anything of any expected quality, mutated into this obnoxious hype machine to where people feel the need and want to be first, be relevant and be seen and heard, doing anything and everything that might possibly be popular.

Ever since Wednesday, I’ve been muting, unfollowing and/or hiding for 30 days, everyone who has been getting a little too giddy over Endgame.  No disrespect to them personally, the following actions don’t mean that I dislike them as human beings, and I understand that there’s nothing wrong with being excited about something, but to me, such excitement also means a very realistic possibility of posting spoilers and hints I don’t want to hear, because again, people post inane shit because I don’t know, they want to be seen and heard and relevant to current events, but I have to feel like I’m fighting wars when it comes to avoiding spoilers.

And that’s really just it; Endgame is the kind of film that I’d typically have waited a week to go see, but because we live in a world where nobody can really shut the fuck up about things, I feel like I have to go see it as quickly as I can, so that nobody can spoil anything for me.  And as I’m writing this, I’ve seen a couple posts go up, that are memes, but they still give away context, and if anything all, an expectation for those who might not have seen it before.  Seems minimal, but not even three days after Infinity War came out, I’d seen a meme of action figures reenacting a very critical scene from the film that gave away a massive plot point, and I’m pretty sure I unfriended that person afterward.

Sure, I might sound like a curmudgeon old fart, but I don’t imagine I’m the only one in the world who feels that the internet tends to overhype things to oblivion, as well as gets a little too overconfident with their ability to talk about brand new movies without spoiling things, but then spoils things anyway.

Avengers: Endgame was a solid film, and I enjoyed it a lot.  But it wasn’t worth the aggravation of seeking out remotely adequate tickets, the crowd of a full theater, or coming close to the hype that people are insinuating it is.  Would I watch it again?  Maybe, but more likely than not, no.  It’s still a three-hour flick, and I have a hard time dedicating three hours to anything I’m not getting paid to do anymore these days, and it would probably prevent from doing something productive, because I can’t multitask very well.