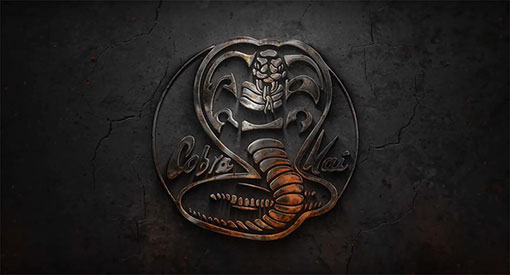 Disclaimer: there will probably be spoilers.  Despite the fact that this has little chance of being public for a long time.

Over the weekend, I shotgunned through season 2 of Cobra Kai.  I admit that I liked season 1 more than I thought I would, but it had no shortage of some eyerolling moments that were both funny, but tickled the nostalgia factor to where it was somewhat acceptable.

Ultimately, the vast majority of the things I predicted about S2 of Cobra Kai, basically came true.  The return of John Kreese at the end of S1 meant that there would be something of a faction system within the dojo.  The cheesy love triangle between Samantha, Miguel and Robby came true, although it kind of turned into a square with the introduction of the pleasantly surprising Tory character.  Johnny would get involved with Miguel’s mom, and Daniel LaRusso would have some personal struggles balancing his hectic professional life with the world of karate.

I had all of these predictions, and every single one of them came true.  The writing of the first season basically laid the groundwork down for each of them, and the it’s been so linear, that it’s almost more impossible to deviate from it than let it ride its course.

In spite of the predictable writing, Cobra Kai S2 wasn’t that bad, overall.  It was still enjoyable in the sense that amidst the cheesy teenage drama that is the overall core storyline of the season, there’s plenty of nostalgia and homages to the original source material to keep it honest.  There’s really no standout performance as far as acting goes, although there really doesn’t have to be, considering the number of characters in the series.  Johnny didn’t get nearly enough screen time considering the entire series was built around him, but I guess it shouldn’t have been a surprise that the kids were taking over.

Regardless, with two seasons in the books, I am even more skeptical if a third season happens to be in the works.  If the second season was predictable, the third season is all but already written at this point, given the hints and actions from the two prior seasons.  I suppose the bigger question is if the writers can successfully navigate all the space in between in order to make the 30-35 minute episodes entertaining while they fulfill the destiny of an S3 is going to be.

Starting mainly with the return of now Dr. Ali Mills Schwarber, because what really has Elizabeth Shue done since like, Hollow Man anyway?  How convenient that she’s a pediatric surgeon, while Miguel is on the shelf with a broken back?  She would fulfill the obligatory nostalgia return character that John Kreese did in S2, although given the fact that Johnny has all but abandoned Cobra Kai, it seems likely that either Terry Silver and/or Mike Barnes could easily return as well to bolster the ranks of the now-Kreese led dojo.

I also predict that there will be something of a time jump in S3, probably starting somewhere after the U18 All-Valley Karate tournament that will be won by the evil and dominating Hawk, since there is no Miguel to defend his championship.  Kreese-led Cobra Kai will dominate the local karate scene, while Daniel is on the bench from teaching karate and Johnny probably goes back to being a drunk.  Things seem somewhat peaceful without two dojos at war, with the exception of there being a little too many bullies around due to Cobra Kai’s numbers.

Ali will fix Miguel, and the season starts with him being frustrated with physical therapy and the slow progress of recovery.  But then Daniel’s youngest child will get bullied and beat up severely by the next wave of Cobra Kais, prompting Amanda to take the shackles off of Daniel and allow him to re-open the Miyagi-Do Karate Dojo, to attempt to counter the toxic behavior of Cobra Kai.  And in the most cringe-worthy, eye-rolling prediction of all-time, Daniel and Johnny will join forces to teach children karate with honor and discipline, Miyagi style, gearing up for the next All-Valley Karate Tournament.  This is probably where Silver and/or Barnes returns, to bolster Cobra Kai.

And the series, not season, ultimately ends with Miyagi-do trained Sam, Robby and Miguel going up against Cobra Kai, led by Hawk and probably Tory and probably the child of Barnes or Silver.  And probably Sam wins the tournament over Tory, leading to the gift-wrapped ending that a show as cheesy as Cobra Kai is probably looking for.

But really, there’s no way this series can go beyond a third season.  Because they’ve already blown all their wads, and are going to run out of content to generate.