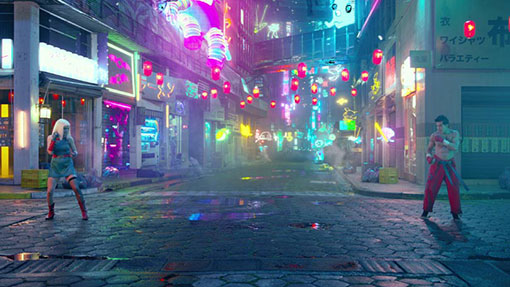 I’m sure it’s a shock to those who know me, but I’m pretty staunch about the order in which I watch things.  Nowadays, content is released so frequently and there’s so much of it, there have literally been nights where all I do are surf through previews on Netflix and just add things To My List, but then don’t actually watch anything, because I’ve just spent 45 minutes combing through content and now it’s 11 pm and I need to think about going to bed.

Black Mirror however, is one of the few shows in which I’ll pretty much drop whatever else I’m watching and fast track it to the front of the line.  It’s a series that I’ve often extoled my general love and admiration for, and all the way up to Bandersnatch, I’ve always been a fan of the risks they take and the creativity they express when making the show.  The writing is strong, and the acting is often consistently strong, so it’s an easy show for me to have fallen in love with.

Season 5 of the show, understandably “short” on account of the fact that Bandersnatch kind of folds into it, was but a mere three episodes outside of the aforementioned choose your own adventure.  As a whole, I enjoyed the season, as I often did with all preceding seasons, but by the time I got done with it, I couldn’t help but have this sentiment that, I think the show is running out of ideas.

I stumbled across this specific article when Googling the show after watching the season, which is often times the norm after I watch a show, and it basically mirrors my exact thoughts about the season; the writing is still strong, the acting is still good, but in terms of storyline, the plots aren’t really as … innovative as episodes from earlier seasons have been.

Make no mistake, Striking Vipers is the unmistakable star of the season; every season has one, like how U.S.S. Callister shone through season 4, and Nosedive was for season 3, and at least for me, White Bear and Fifteen Million Merits were for seasons 2 and 1, respectively.  It was the one episode that wasn’t just the most outlandish, as lots of Black Mirror plots kind of are expected to me, but it’s one that provokes a tremendous amount of thought and debate on how the viewer(s) should feel.

Smithereens and Rachel, Jack and Ashley Too are decent enough episodes, but these are also where it begins to feel like the show is running out of ideas.  Frankly, the two of them feel like they are plots that could happen this very day and age, especially Smithereens.  The stories are good, and the acting in them is strong, but their fairly mundane and pedestrian plots could just as easily not even be Black Mirror at all.

Frankly, it’s not really the fault of the show, but ultimately, I guess it always felt like the show had a finite amount of content to source from in order to write their stories.  The technology of the world is advancing pretty quick, and then stuff like murderous robot dogs or contact lenses that are keyed in with everyone’s social media don’t seem like outlandish concepts anymore.

Regardless, season 5 was still enjoyable, short as it might have seemed.  I’d still be looking forward to future seasons of the show, but I feel like I may have to temper my expectations that I’m going to see things that are so mind-blowingly thought provoking, because by the time season 6 comes out, who knows what kind of technology is going to be around that the show will have a hard time staying ahead of for the sake of telling stories?