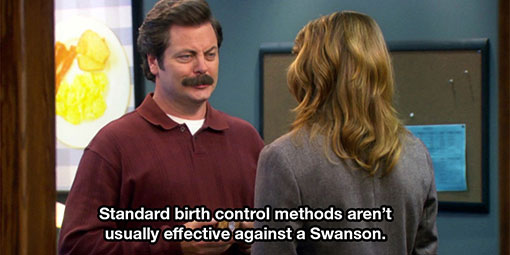 This is one of those times where I’m actually glad that my site is still offline.  And even if it were online, this isn’t something that I would post immediately, and would keep this one a draft until the coast is clear.  Normally that’s kind of against the general idea of brogging, but there are special circumstances and exceptions in which I am more than willing to bend the rules with.

But if the post’s image isn’t the biggest hint in the world, let’s just go ahead and put it out in text:

My wife and I are going to have a baby.

Still feels a little weird and a bit amazing to having typed those words out in front of me, but there it is.  My wife is pregnant; I’ve never been keen on the idea of couples who use the royal “we” when referring to announcing a pregnancy, because let’s be real here, the woman is the only one who has to deal with all the physical burden of the whole process, so it’s her pregnancy, while I am the schlub who will do anything and everything I can for her while going through it.

God damn, that didn’t take long at all.  Kids were never off the table between the two of us, and I always imagined that I would have at least one kid in my lifetime, but damn I didn’t realize we’d succeed at getting this plan off the ground barely two months after the wedding.  Sure, we knew what could happen once the safety net was removed, but I guess both of us didn’t realize that we’d be this expedient at getting the project launched.

I mean, I love efficiency as much as the next control freak, but damn.

Honestly, at the time I’m writing this, I’m still this confused jumble of emotions.  There’s a whole lot of excitement, a lot of fear and concern, a little bit of shock that this is actually becoming a reality, and as I said, mostly a lot of confusion.  My mind jumps around to being concerned over things that are months and years in the future, but then talks itself back to the present where everything is still fairly normal and just between my wife and I, and not wife and I and baby.  But then I get guilty for not considering the situation and then it all kind of starts over and repeats perpetually.

There’s always worries about money, whether there’s enough of it, and the tumultuous world we live in, and the kind of busted-up America in which we’d be raising a child.  But I think the thing that has me feeling the most anxious is the notion that when the kid arrives, is the sheer lifetime time commitment that it’s going to become, and the selfish part of me that wonders just how much of life is going to change, and the general fear of the unknown that inevitably is on the way.

Also, as much as I love my parents, they were pretty stereotypically Asian in the sense that they worked so much that they were very absent from a lot of my sister and I’s lives growing up, and I have conversations with myself in my own head a lot about how I don’t want to be like that, and I have fears that I might be if I’m not always on guard to prevent it from happening.

Either way, I write all this with optimism in my heart, amidst all the fanatical bewilderment going on in there at the same time.  Lately, I feel like there are always tears at the ready just behind my eyeballs, and I’m not sure what’s specifically causing them to be there, and I really want to speak to lots of my friends who are dads and pick their brains to what this is all going to be like, but as my wife and I agreed, this knowledge and this post won’t see the light of day for a little while.

I can’t promise that the brog won’t turn into some adventures in new parenting chronicle, but I always try to remain cognizant of riding one topic too long or too often, and try to police myself to keep topics and posts varying in subjects and tones.  But it’s not like I’ve ever had more than like six readers at any point, so it’s probably not going to be that big of a deal if things sway into the direction of my life’s transformation from being a weirdo loner into becoming a weirdo husband and father.