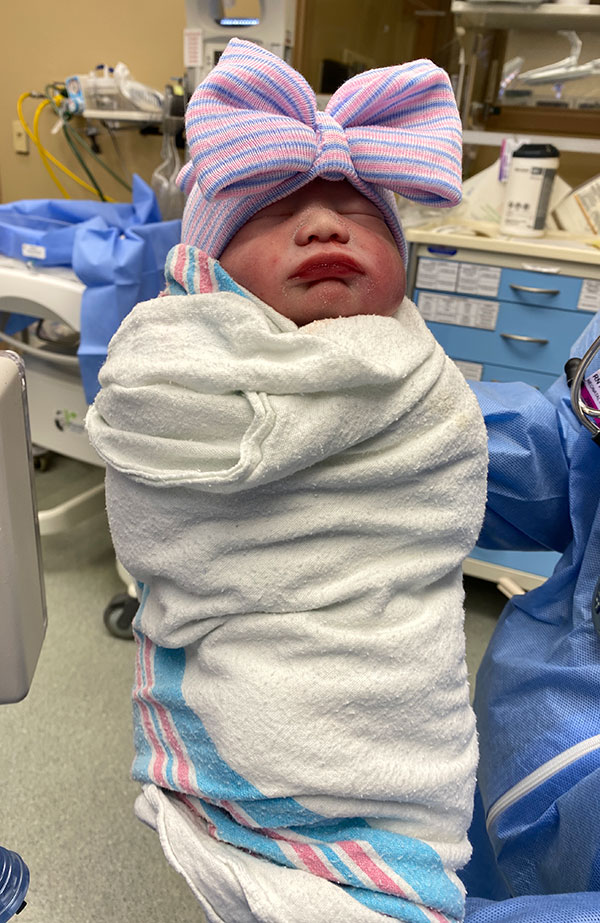 March 5th, 2020.  It was a Thursday.  I woke up at 5:58 am like I do every work day.  I brushed my teeth and went downstairs, poured myself a bowl of cereal, but instead of eating it immediately, I went to let the dogs outside, because I like my cereal a little bit soggy.  I prepared my wife’s breakfast smoothie, like I had done over the last two weeks, because she wanted to switch things up from the bacon, egg and cheese English muffins that I’d been making her every morning for the last month prior.

Mythical wife and I left for our respective jobs, and as is always the case, I went straight to the gym first.  This was a cardio day, where I spend my entire time running on the treadmill.  6.9 speed, no incline, for 20 minutes, and then I push it over the last five, before giving myself a five minute cool down and then hitting the showers.  I always think twice about what I change into after cardio days, because I tend to keep sweating even after a shower after doing cardio.

Afterward, I return my gym bag to my car and head up to the office, as is the norm every single working day.  I plop down at my desk and feel the existential dread of the inevitable emails of people pointing out my flaws as a worker or people in other departments making their problems become my problems, and then I contemplate why I stay with this company before realizing how much worse I could have it elsewhere, and then try to think positively about my reports and the people I work with as bright points in an otherwise deteriorating opinion of my job.

But more importantly, I set out to tackle my biggest concern of the day: how to get more 10K eggs in Pokémon Go.  I had made a point to use a bunch of incubators to hatch away several 5K eggs, because 5K eggs are like herpes in which you get saddled with them, and there’s no way to get rid of them, except for getting them to hatch.  They hog up your limited inventory and prevent you from getting the more coveted 10K eggs.  I had cleared up four valuable eggs slots, and wanted to figure out if there were any way to hedge my bets and get 10K eggs in their stead.  I searched on the internet and I asked the community on the work’s Slack channel because there are a few hardcore types who work for the company.

Then, I get a text message from mythical wife: she’s going to the hospital.  She’s feeling otherwise fine, but she was appearing to be leaking fluid that was in all likelihood not urine.

I try to hang tight at work, as she has asked me to not act until further investigation.  But it’s impossible to not be distracted by the critical information.  It’s still several weeks away from the initial due date.  She’s still at a far enough age to where the post-natal care wouldn’t be that intense, but ultimately it’s often in the best interests for a baby to be as close to 40 weeks as possible.

My work is in a critical time, as spring time might as well be Christmastime for my company, but at this point, fuck work because my job fucking sucks right now and there’s something a trillion times more important to me distracting me.  I try to focus on work, but it’s impossible.

The only thing that comes remotely close to deviating my attention is that runDisney is opening early registration for annual passholder tryhards like mythical wife and I for the 2020 Wine and Dine run series.  We were planning on doing it in 2019, but the whole pregnancy thing came into play, and mythical wife was not medically capable of participating.  And much to my dismay, runDisney’s policies on such left a lot to desire, resulting in having to effectively eat half our registration cost, that left a really sour taste in my mouth.  But regardless, we wanted redemption, so it was important to secure our registrations for, so I at least had that to put some focus into instead.

So I successfully made it through the internet queue, and bam, $400 later, mythical wife and I are registered, once again for the Wine and Dine half; but with no plans on getting her knocked up again, this was definitely going to happen.

Not long afterward, while I was assisting some partners come to a decision on an unfortunately out-of-process request, mythical wife finally gets back to me: it was confirmed amniotic fluid (water broke) and worse off, baby has breached (legs first), despite being head-down just two weeks prior at the last ultrasound.  The Cesarean section we were hoping to avoid was now the only option left on the table; and it was going to happen today.

I rushed out of work, and slogged through rain and bullshit traffic caused by some dumbass wrecking on the highway to get to the hospital.  I found mythical wife in triage, and we were both wide-eyed at the harrowing reality that what we weren’t expecting for at least another month, was happening, today.  It wasn’t necessarily entirely on our terms, but at the same time, looking back at it, I feel fortunate that the initial flags were caught early, and she was able to immediately get to the hospital and be put into the position of being able to be prepared for it, and not scrambling out in public and having to be rushed to a medical facility for a rushed emergency birth.

All the stereotypes of hospitals being slow or not entirely accurate to schedule was entirely true, because we were told that 2 pm was going to be go-time, but ultimately it ended up being closer to 4.  However, that didn’t stop the fact that we had nearly two hours of eager and anxious anticipation that one of the biggest moments of our lives was looming and we no longer had any idea of when it was going to happen.

And then it was time.  I was given what was basically a hazmat suit, mask and a cap to wear, in the operating room, and was given instructions to wait until I was called into the room.  I’d done enough research and reading about impending fatherhood to get the gist that father, as well as everyone else, should let the professionals do their job, and it makes me wonder just how many terrors hospitals and medical workers deal with on a regular basis to where such logical advice has to be said in the first place.

When my name was called, I felt my eyes probably dilate and I eagerly followed the RN into the OR where I immediately sat by mythical wife, her lower half hidden by a curtain.  We talked about getting sushi and her having wine again; anything to distract from the very obvious thing happening just several feet away behind a thin sheet.

Then we heard the cries for the first time.  Our daughter had arrived.

I’d never felt my eyes go from 0-100 in filling up with tears in my entire life.  Just thinking about the experience again, replaying it in my mind, makes me emotional and teary eyed.  All the people who try to describe the sensation of the birth of their children as being indescribable, I’m now more inclined to agree with and not just accuse them of being shitty communicators.  The feeling of overwhelming happiness, elation, pride and then the ever-escalating feelings when seeing all the individual aspects of the child like hair color, declaration of weight, seeing footprints, etc.

I can’t really describe how hard I cried.  Like a great big wuss, but I didn’t care.  I have a child.  We have a daughter.  Mythical wife is now a mythical mom; and I am now a dad.

Five weeks early, but she still weighed in at six pounds, three ounces.  March 5th, 2020; it was a dreary and rainy day.  It was a Thursday.  The day started off with me dreading my job and thinking about Pokémon Go, and it ended with me watching my newborn daughter breathing quietly in the NICU.

Little did either both mythical wife or myself realize that this would be the day that everything changed, forever.