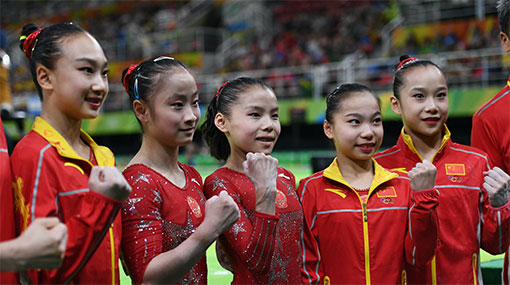 Among the numerous unprecedented occurrences that have happened on account of the global pandemic of coronavirus, if ever there was one thing that could be listed among the biggest of them, I think the postponement of the entire 2020 Olympics could definitely be a contender.  Regardless of how little or how much people think coronavirus really is a thing or not, the fact that a global event like the Olympics being shut down should speak volumes to just how serious it actually is.

It’s absolutely the right call, considering nobody has any earthly idea just how long this is going to last, and the last thing anyone needs is to get hundreds of athletes from all across the globe, along with the thousands of fans who come from all over to watch, gathered in one location in tight quarters, and then for everyone to go back to their respective corners of the world and possibly unknowingly spread more coronavirus to places that might not have even been exposed to it in the first place.

It’s just amazing to think that something has occurred that actually had the magnitude to impact something as major as the Olympics.  Sure, the indefinite postponements of all sport leagues in America are one thing but the entire Olympics is pretty massive.

Anyway, upon hearing that the Olympics were postponed, the very first thing that popped into my head was what was going to happen to countries that routinely lie about the ages of their athletes; specifically China, who has notoriously attempted to pass off 12-year olds as 16-18 year old athletes, despite the fact that even factoring the naivety of non-Asians when it comes to Asians all looking the same to them, even they can tell when someone looks 12 versus when someone looks like they’re 16.

Regardless, China, among other countries that like to try and cheat athlete ages, are probably all pissed about the postponement of the Olympics.  If the world does get its shit together and is able to have an Olympics in 2021, that’s still one whole year for the preteen athletes of the world who were ready to say that they were 16, to hit puberty and suddenly age out of their illegitimate primes.  And considering Olympic hopefuls have four years typically to train for it, imagine the scramble of cheating countries trying to scrap together some new 12-year olds to take their places?

Either way, let’s take a second to send our thoughts and prayers to these particular countries that won’t be able to cheat as effectively as they had originally hoped to do.  All those poor preteens hoping to masquerade as actual teens, for the sake of the potential glory of their countries.