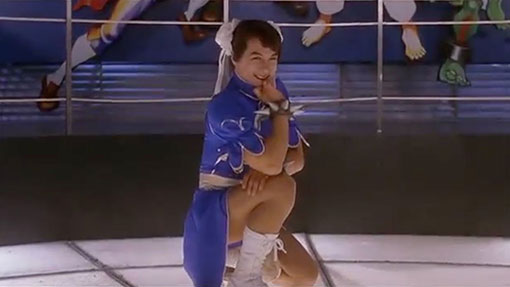 Whereas Ken Masters is still hanging around the World Warrior tournament, wearing an UnderArmour compression shirt to hide the fact that he’s getting old and his physique is starting to sag, Chun Li has accepted the idea that after nearly 25 years, perhaps it was a good time to throw in the towel on fighting in the street and pursuing M. Bison and Shadowloo, and settling down with a real job.

Perhaps it was her side gig over the last quarter century, or maybe her accolades as a world-renown martial artist got her elevated so quickly, but instead of Kikokens and Lightning legs, Chun Li will instead be a VP for Lazada, a subsidiary company of some sort for Alibaba Group, the giant Amazon-like conglomerate based out of China.

Also, it turns out that Chun Li was a dude all along.  Cue the jokes about those gigantic thighs.