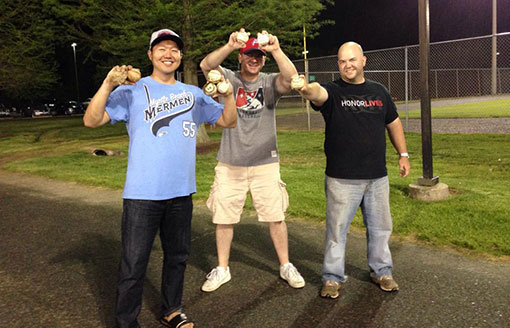 Primarily thanks to coronavirus, Minor League Baseball has officially cancelled the 2020 baseball season.  I say primarily, because the insinuation is that it was not the one and only factor in this decision; because prior to the world going into the shitter on account of a pandemic, MiLB was already at risk, because Major League Baseball is full of greedy cocksuckers, and they were trying to kill off associations with a large chunk of existing Minor League organizations.  Coronavirus just gives MLB a convenient scapegoat to push the whole thing under the rug for the time being, and possibly come back later to put the nails in the coffin at a later, easier time.

But commentary aside, the reality is that in 2020, there will be no Minor League Baseball, and that fact alone hurts my soul in a variety of ways.

Obviously, my love for the minor leagues throughout the years has easily made me prefer them over the MLB product, despite being but cogs in the grander machine, but there’s no denying the appeal of the more laid-back, relaxed culture of MiLB, where everything is not taken so seriously, and there’s vastly more accessibility and intimate closeness with the players and the teams, than their MLB parents.

The ballparks are easier to get to, parking isn’t over $20 and is sometimes free, there’s no traversing stories in order to get to nosebleed seats, and there aren’t 35,000 people to contend with when coming or going.  The costs of tickets and food are often significantly less, and minor league parks often have awesome food monstrosities that are often times enough to get me into the door without even caring about the teams themselves.

All that however, is just my take on why I love the minor leagues and why I’m sad the season is cancelled.  The loss of minor leagues is way more impactful towards the people duly involved with it, whether it’s the organizations themselves and all the people they employ, as well as the smaller towns and cities in which they reside in.

I think about just the minor league towns that I’ve visited in my life; take Jackson, Mississippi for example.  They really do need the Mississippi Braves, because frankly there isn’t shit else to do in Jackson, and they rely on the team to bring baseball fans occasionally into town, and sell some hotel rooms, and to employ numerous people for the tasks of operating the ballpark and running events.

Some organizations employ over 100 people to run their ships from groundskeepers, ushers, ticket agents, concessions, and all these people out of jobs all across the country, at a time in which the unemployment rate has already skyrocketed.  And it’s a snowball effect on these local economies, to where entire towns will feel the financial impact of not having their MiLB seasons.

I mean ultimately it makes sense why this is happening, because coronavirus really is wrecking the whole fucking planet, with America jobbing the worst because of its own goddamn arrogance and ignorance.  But with MLB actually getting back to being up and running, it’s hard to imagine an MLB season with no MiLB one running concurrently, to fortify the parent teams and operate their farms.

It’s going to be really scary for the sake of the future of MiLB, because the Ivy League white eggheads that run baseball nowadays will definitely be watching how MLB runs without minor league systems, and things could feasibly become worse in the future.

Not that I had any grandiose plans to visit any MiLB teams any time soon, but it still sucks to know that all across America, towns that have enjoyed the luxury of having affiliated baseball nearby, won’t be this year, and that affects them on so many negative ways.