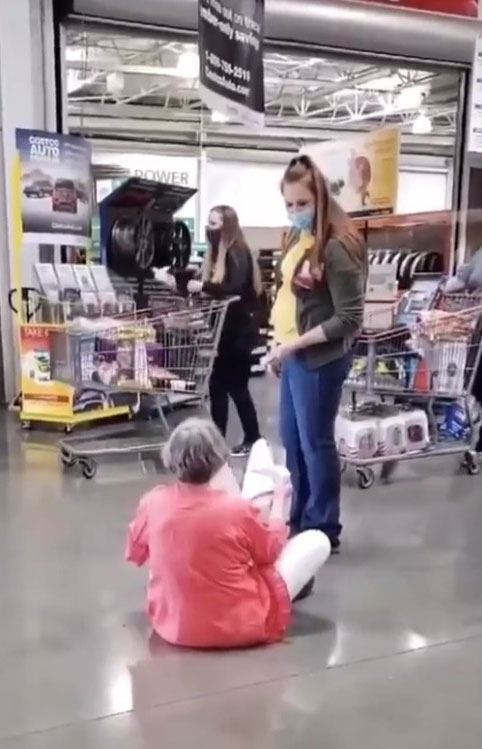 No matter how much I never liked to admit to feeling it, now that the faucet’s been turned, it seems like not a day goes by where the words don’t pass through my lips, and it doesn’t make me feel any better verbalizing it now as it did when I first came to the realization that right now, America sucks.

Talking with a friend about the state of the world, I found myself saying things that I’d never said before in regards to how I felt, mostly because I’ve been isolated, and mythical wife and I try not to talk about things too much because they really are that depressing, but what came out of my fingers in text is that I don’t think it’s ever felt so physically possible to feel just how much our country is letting us down, the way America is completely and utterly failing the American people on a daily basis right now.

It really is becoming impossible to keep up with all the ways things are fucked up, at least for me, who likes to jot down notes on a daily basis so I can remember the things happening in history for another day, especially in case I feel inspired to write about them at some point.  But it’s downright sad and pathetic the things that emerge on a daily basis about the state of America in the state of the world currently, and I realize that it becomes a little more difficult every day to not grow more jaded and nihilistic about how things are, which are definitely things I don’t want to be happening when I’m in a period of my life where I’m trying to enjoy and savor the time of new fatherhood and spending time with my baby.

It’s kind of not fair that America is in such chaos and forced to hunker, when all I want to do is show my kid the great big world and can’t, because neither of us want to get the coronavirus that’s fucking everywhere and risk our lives.

Seriously, there are so many depressing topics and things happening in the news, that it’s really difficult for me to focus and triangulate on just one or a few, and I don’t think I physically have in me to type as much as I want to type, in the time that I have so little of, because my daughter commands so much of it and I’m down to like three hours of free time a day if I’m lucky.

Dragon*Con finally had the plug pulled on it.  Optics or not, this is actually good news, since we won’t be hearing of any news that 125,000 people in downtown Atlanta have coronavirus after Labor Day weekend.  Plus, I know this elicits a huge sigh of relief for all of my nerdy friends who still enjoy the convention, and have one less thing to worry about in this shitty world we’re in now.

Freddie Freeman of the Atlanta Braves has coronavirus, and will probably not play in a baseball season that shouldn’t be happening in the first place and if the observations of the virus and their long-term effects are consistent, then there’s no guarantee that Freeman won’t have any permanent physical damage as a result.  This is sad because Freddie Freeman is the face of the franchise and is an outstanding human being, and he’s probably the most valuable player of known positive cases in all of MLB, but a season is still going to happen because a bunch of rich greedy motherfuckers want to make money but are trying to hide it in the guise that they’re trying to do the world a favor and provide sport for entertainment.

Georgia senator and co-owner of the Atlanta Dream WNBA team, Kelly Loeffler, seems to not want either of her jobs in the future, by decrying the current atmosphere of the nation and the talking down the importance of the Black Lives Matter movement and basically calling it Marxist bullshit.  Like, you realize that as much of a joke the WNBA might be, basketball’s majority audience is still, black right?  Furthermore, taking a stance against BLM isn’t necessarily a particularly good idea in today’s political climate, and no amount of kissing the baked potato’s ass is going to get you re-elected, especially when the baked potato never wanted you in the first place and publicly denounced her to Georgia governor Yosemite Sam.

In light of Georgia surpassing the 100,000 mark of positive coronavirus cases, Atlanta Mayor Keisha Lance-Bottoms (who is also positive) attempts to put a mandate on the City of Atlanta that masks are required… fuck it I don’t even want to bother linking to this shit anymore it’s that depressing, but Georgia governor, the aforementioned Yosemite Sam is all like “whoa whoa whoa, you can’t do that” and the two are in this pointless and nobody-wins turf war, where Bottoms is fighting for common sense while Bubba is doing his best to put black lives at greatest risk, because he’s a fucking racist bigot, but in the end, Georgia looks like the shitshow to the rest of the country that really is kind of hard to refute these days anyway.

All around the rest of the world, videos are going viral of irate white people in big box stores like Costcos, Targets, Home Depots and gas stations, losing their shit over getting called out for not wearing masks.  I’d say I’m astounded by how mask wearing has become so politicized, but that’s apparently the American way these days, and it makes me sad knowing so many people voluntarily and flagrantly defy wearing them, when there’s so much proof out there that if America could just commit to masks for like 3-4 months, all of this would already be over, but due to their arrogance and defiance, we’re long past the point of no return and America is basically in the third world right now.  But instead, all we get are memes and viral videos instead of actual results.

Speaking of masks, over half a year after initial intel of coronavirus, the baked potato has finally acquiesced and has appeared in public wearing a mask.  This says to me that apparently even his pea-sized brain has finally been convinced that yo, this shit is very real, and at the rate in which everyone’s getting sick, you better put a fucking mask on too, no matter how much you don’t want to.  And I kind of love it, because he finally put one on, it’s going to make all his worshippers confused and fractured on what they should do between fighting for their freedom and following what their god-king is doing like the sheep they are.

There’s one other topic that’s been eating at my household as of late, but it truly is going likely warrant its own post, when my brain isn’t so full of angst and depression about the state of the country to where I might be able to articulate it better.  For anyone that knows actually knows my wife and I know that this is in reference to schools, and I can make the ensuing post easier by simply saying that it’s completely fucked up too.

The situation in America feels like Charlie Wilson’s War, but instead of American-supplied Afghan forces becoming neglected and defiant and forming al Qaeda and hating America, it feels like Americans were given too much freedom but were neglected and not educated, resulting in Americans basically defying logic and common sense, but the result is the same, Americans dying.

And the state of America currently feels like America in V for Vendetta, where America is fractured by plague and civil unrest, and there’s probably a really amazing story happening in England right now, but they’re most certainly looking down America as much every other nation out there is.

Honestly, this is probably the most depressing post I’ve made in a long while, but good or bad, that’s what brogging is for, and no matter what, this shit has all happened, and this is where I was at in history when it did.