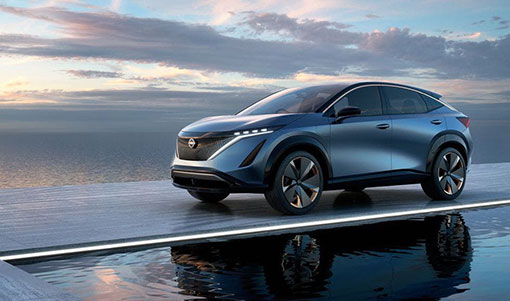 I haven’t really paid much attention to cars in a while, especially since I’d just gotten a new one less than a year ago, and that whole having-a-baby thing kind of tends to take mental capacity away from just about everything else in the galaxy for the vast majority of our waking lives.  But my Apple News feed randomly spit out this article about a Nissan electric car with an attractive looking thumbnail so I clicked it, and then I’m staring at my screen with a not bad look on my face at the Nissan Ariya, that’s supposedly going to hit the United States in 2021, and there’s a piece of me thinking damn, if I could’ve only held out for one more year.

And it’s not like I couldn’t have; my old Kia Forte was still running fine, and at “just” 150,000 miles, I probably could’ve easily gone longer, especially with the sheer lack of driving that’s been done during this fucking coronavirus pandemic keeping smart people like me sheltered in place more often than not.  I just simply wanted a new car, and I wanted a bigger car, because a baby was on the way, and it would’ve behooved me to be ready with a larger and more comfortable vehicle for my pregnant wife and then-eventual kid.

But if I were able to hold out for another year, then most definitely the Nissan Ariya would’ve been in the conversation, when I would be looking for a new car.  I used to always be dubious about electric cars, because of their supposed mileage range per charge, but considering my new car now and most Tesla Model 3’s typically range 280-300 miles per charge, and there’s really not a tremendous difference.  The real angst lies in the scenario of taking an electric car out on a road trip, and running out of juice with no idea of where to get more, in the middle of the night.

Really though, I do like electric cars, and I’m optimistic about the future of them, mostly on account of Tesla, and how not all electric cars have to end up looking a turd like the Nissan Leaf or the weird shit BMW made.  And I definitely do believe the world has a finite amount of fossil fuel in it, and that I’d rather be on the side of the fence that’s ready for the eventual dry up than not, but at the same time, I don’t want to have to drop like $50,000 cash in order to get a Tesla, not to mention that I really did want a larger vehicle than my compact hatch prior.

The Nissan Ariya looks like everything that I’d have wanted in a new car.  Much like my new one, it’s in that crossover class, and the specs are fairly comparable to mine in terms of cargo and capacity.  The performance was more than adequate to what my slow-grownup dad driving habits have become, and ultimately I’m completely pleased with how it looked.  But this sumbitch is also electric, and would therefore no longer ever need a $30+ tank of fuel, and I’d never have to pull into a gas station ever again and worry that someone would try to sneak into my passenger door and steal shit from me.

Whatever though.  I’m pleased with what I have now, and perhaps in maybe 7-8 years when I tire of my current car, electric cars will have advanced even further, and prices will have normalized to where they’re not the premium science projects on the road so much as they’re slowly gradually becoming the norm, and the 2028 Nissan Ariya or whatever else is available by then, will be on the table as a potential future ride.  But kudos to technological advances, and laying down the groundwork to distancing from fucking gas prices just a little bit more than yesterday.