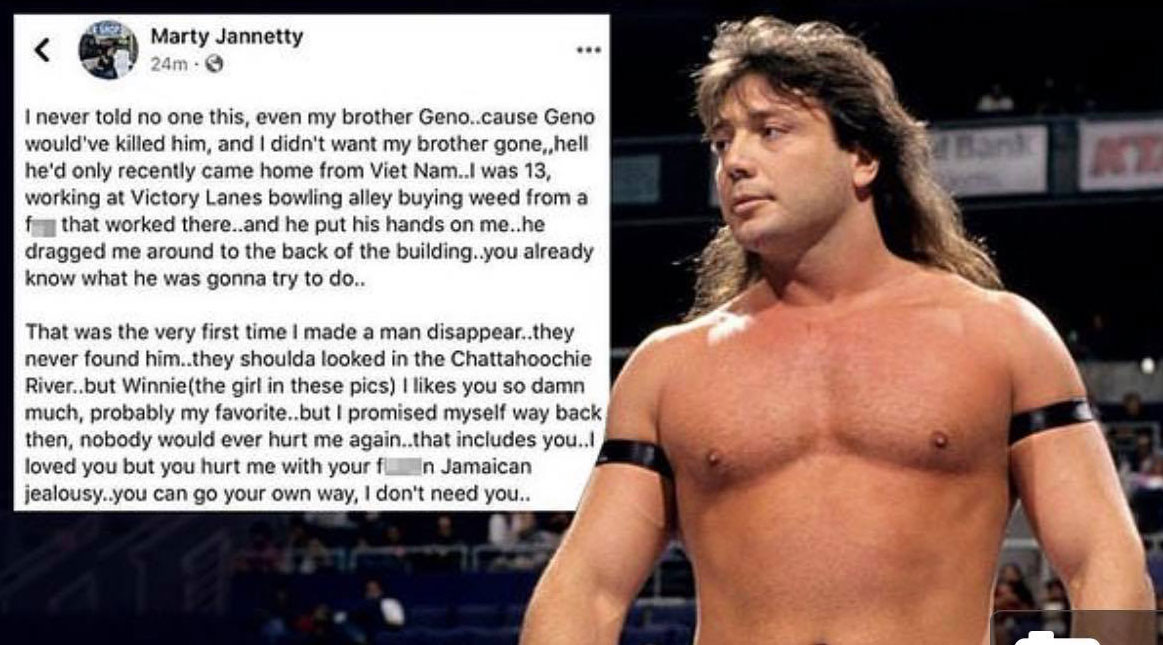 It’s funny, as I’d been going through all of my old posts from the last decade, I came across this one from 2017, which was this cringe-worthy story about how Marty Jannetty supposedly wanted to bang his own daughter.  The span between 2016-present, I’d forgotten a lot of the things I’d written, because they never saw the light of day on my brog in the first place, but there’s no other way to describe the situation – Marty Jannetty apparently wanted to bang his own daughter, and the most fortunate thing that could’ve happened was that the biological test proved that they were not actually related.

But basically, I declared that the definition of being a Marty Jannetty was no longer exclusive to being the weaker half of any professional wrestling tag team, but also implied a man who would want to bang his own daughter.  For example, it could be said that the current president of the United States has almost made some Marty Jannetty-like remarks, like when he stated that if Ivanka were not his daughter, he’d probably be dating her.

The point is, I declared that the definition of a Marty Jannetty had changed back in 2017 based on some ironically fucked up behavior, but very, very shortly after revisiting that post, one of my friends shares with me a text message that basically just said:

Naturally, this friend never really gives me any context to remarks like this, so I had to look it up, but well yeah, it basically looks like Marty Jannetty confessed to committing a murder, on theFacebook.

In the grand spectrum of things, as fucked up as potential incest is, I’d still rank it not as bad to, potential murder.  So I guess perhaps it’s gotten even darker to be defined as a Marty Jannetty, because now that would imply that you might be a murderer, and if we want to get specific, someone who can kill a guy and that will ultimately confess to it on social media, 30 years later.

Either way, I’m sure the Nick Jacksons, Chuck Taylors, Angelo Dawkins, Tuckers and Erick Rowans never liked being called Marty Jannettys in its original definition, but I think it’s safe to say that perhaps we should start looking for new terminology for the weaker half of tag teams now, because ‘ol Marty is taking his shit into some really dark and undesirable to be compared to places these days.