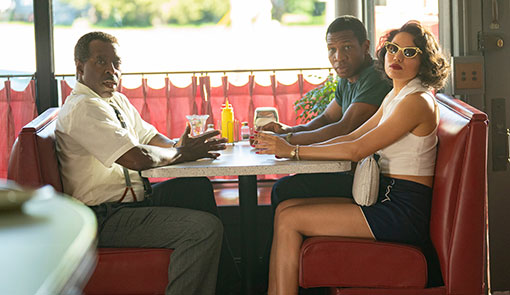 Because it seems like just about everything they touch is basically gold.  And because all they do is produce gold, they can somehow manage to not just survive, but continue to thrive releasing programming in an episodic format, whereas just about everyone else out there is being forced to drop entire series at a time in order to make ends meet.

As much as I love binging shows on Netflix, their sheer thirst for churning out original and acquired content means that we’re long past the days of stalwart originals like House of Cards, Daredevil, and Stranger Things, and for as many good shows and series there are in Netflix’s libraries, there’s almost a growing equal amount of clunkers in the tank as well.

HBO is more like a baseball player that does nothing but hit home runs.  They curate vastly more than their television competitors, and they produce a vastly higher clip of quality programming than anyone else.  I’m currently watching Lovecraft Country and the show that follows it in The Vow, and both are excellent pieces of programming, and as much as I’d love to binge them, I can’t, because HBO is still operating in an antiquated format of releasing them weekly, an episode at a time, but there’s nothing I can do about it except feel owned and sit patiently for the next installment to come out.

I realize this has often been the case throughout the years, with most notably series like Game of Thrones and then Westworld coming out to capture the imagination and to anchor the entire network for years.  And by proxy of such hard carries, other shows get exposure, and I have fond recollections of watching captivating series like True Detective and The Night Of, both of which were strong series.  Shiny Objects was fantastic, and even the shit that are more comic and one-offs, like Class Action Park and 7 Days in Hell are gold as well.

And then, they get shit like the Watchmen television series, and it just further proves that HBO can seemingly do no wrong.  To pile onto all this winning, each stalwart series is always a vehicle towards the next one, with carefully curated advertising for the next hit series often placed as a preview going into the next episode of what you’re really wanting to watch.

The point of this whole post is really to just show a little bit of love towards HBO for constantly and consistently putting out top-notch content.  Both Lovecraft Country and The Vow have been excellent watches, and they’re one of the few indulgences mythical wife and I make time for every single week because 90 Day Fiance: The Other Way is on hiatus, there’s currently no guarantee that there’s even going to be a ninth season of My 600 Lb. Life. Frankly, in my little world HBO is the only network outside of the Discovery family of networks that remotely is worth existing.