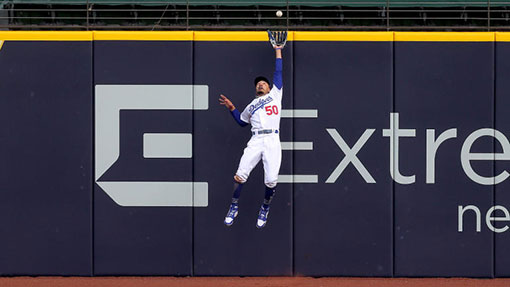 Well, at least the Braves aren’t going to go down having gotten swept.  Instead, they’ll have gone down flubbing a 3-1 series lead, which in baseball isn’t that terribly uncommon, but it’s still poor optics, since the statistics of teams coming back from 3-1 deficits are still minuscule in comparison to how long Major League Baseball has been played.

Honestly, I’m more surprised that the series is going to seven games now, which is the ultimate agony for sports fans to endure, watching the slow bleed of defeat, watching their teams bring them to the brink of hope and jubilation, only for them to crash into agonizing finality.  But when the Braves got blown out and allowed 15 runs in game three, I figured that it was a foregone conclusion that the Dodgers were beginning their mighty comeback and were going to win four straight, like the way the Braves blew the 1996 World Series against the Yankees after winning the first two games.

Instead, the Braves gave false hope to all Braves fans by winning game 4 in commanding fashion and sitting on a pretty 3-1 series lead.  Naturally, since they have no starting pitching, they lost game 5, which was probably to be expected, but fans would find solace in the fact that Max Fried, arguably the best pitcher on the team would get the ball for game 6, but that brings us to now, where Fried pitched well, it’s just that the Braves offense appeared to have cashed in all of its available runs in the previous five games, and could barely scrap together a single run, losing to the Dodgers and sending the NLCS to game 7, where they will undoubtedly lose in embarrassing fashion, by like a score of like 11-1, bringing closure to a season that really shouldn’t have happened in the first place, and back to another cold offseason of pessimism and increasing nihilism in professional sports.

Much like Oakland Athletics general manager Billy Beane, I can’t bring myself to watch games of teams that I actually care about, because it gives me anxiety and stress that I really don’t need, and I superstitiously believe that I am a master of the universe that undoubtedly jinxes whatever team I care about when I watch them, and if I do want the Braves to win, I most absolutely should not be watching them.

Seriously though, check out this Mookie Betts catch.  This is the kind of highlight that preserves no-hitters or turns the tides of playoff series.  If he doesn’t make that catch then Ozuna doubles for sure, and Freddie Freeman probably scores.  A single run doesn’t change the 3-0 deficit that the Braves were in, but at the same time, it could very well have been the start of a rally.  The thing is, a catch like Betts’ is what keeps the mythical momentum on the side of the Dodgers while sucking the life out of the hope of the Braves.  The jubilation of Mookie Betts after making the catch is precisely the opposite of a metaphor of what the Braves’ chances of winning the series sounds like.  Although his lips appear to be mouthing something probably like let’s fucking goooo it could very well be emanating the sound of a flushing toilet, because that’s precisely what happened when he makes that.

Welp, Baby Magic and partial-year champions theories were cute while they lasted.  I would undoubtedly put legitimate money on the Dodgers to win game 7, because it’s a foregone conclusion that the only thing well that the Braves are going to do, is what they’ve historically been known to do: fall short.

The real question is will they get blown out in the first inning like they did in game 3 a few nights ago and in game 5 against the Cardinals last year, or will they be competitive and hard-fought the entire way and then lose in agonizing and soul-wrenching manner late in the game like they did against the Dodgers back in like 2012?  Who knows, but as long as it ends up with the Braves going home yet again, does it really matter?