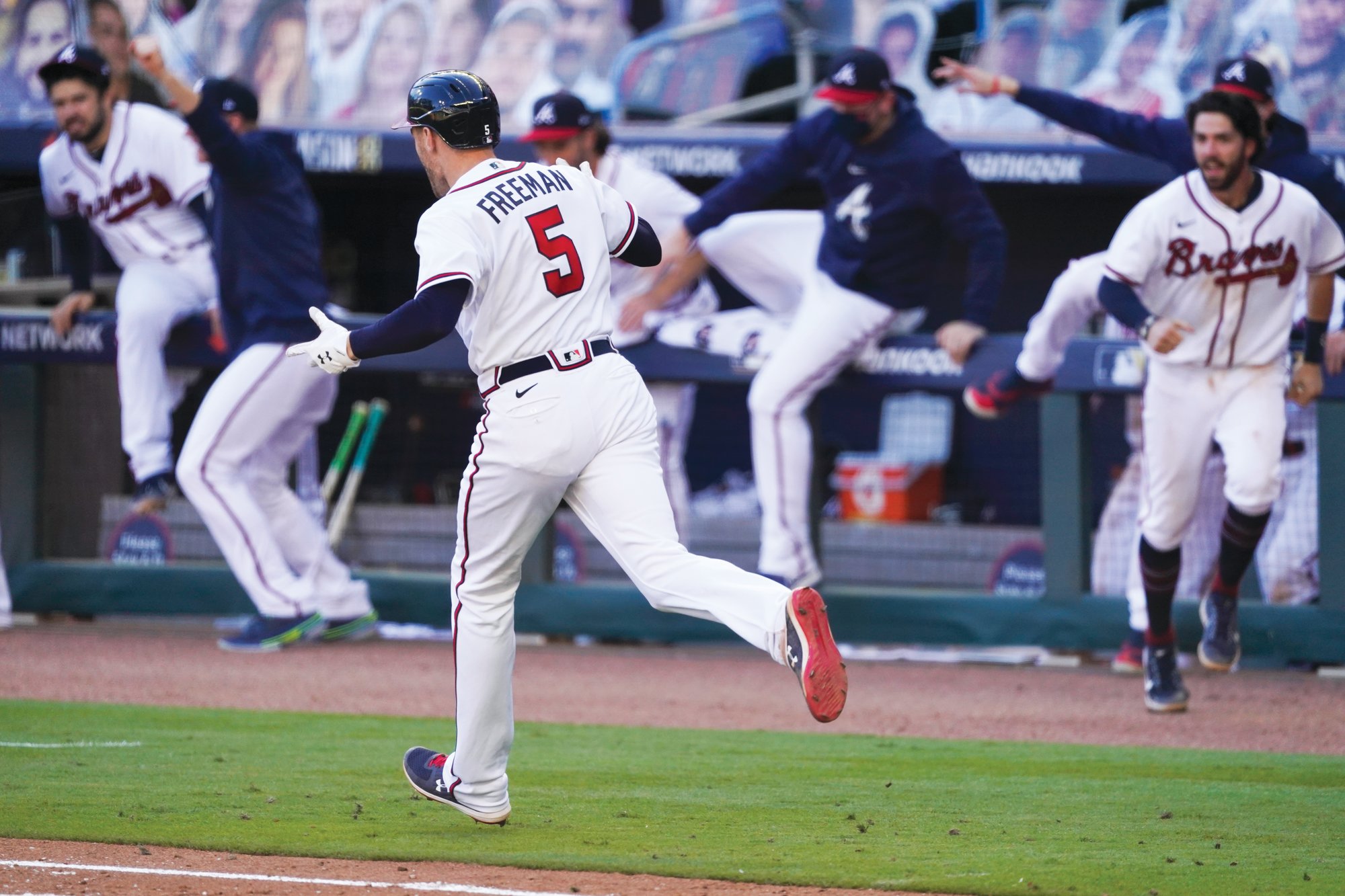 Not bad for a guy who went into the season recovering from coronavirus.  But then again, professional athletes with professional athlete money typically can afford to get the best treatment possible, on the dime of their organizations who see them as working assets to begin with.

But I’m going off track here, shocker.  Freddie Freeman has quietly been one of the better players in all of baseball, almost since the day he arrived, and it’s about time that he was recognized as the MVP all Braves fans knew he was going to receive one day.  Sure, there will be many naysayers, myself included if it had gone to anyone not on the Braves, citing shit like partial season and asterisk season and other bullshit, but because it was awarded to one of the guys I’ve been a fan of since the days of seeing him in the minor leagues as a Myrtle Beach Pelican, I cast all the snark aside and can just be happy for Freddie Freeman.

In a massively shortened, 60 game season, Freeman put up gaudy numbers, hitting 13 home runs as well as slashing .341/.462/.640, which is extremely good.  The Braves themselves went 35-25, and actually didn’t choke in the minus round or the first round of the playoffs, making it all the way to the NLCS, where they gave all Braves fans hope going up 3-1 on the Dodgers before Atlanta-ing away three straight losses and getting eliminated.  But as is often the conciliatory remark, they wouldn’t have gotten to that point in the first place, without the contributions of outstanding performances like Freddie Freeman.

What means the most to me though, is that major awards are given with no care or concern to the people themselves, just solely based on numbers and production.  Freddie Freeman is one of those baseball players that has a squeaky-clean image, is seemingly nice to everyone, and his earliest reputation was built on the fact that he was a massive hugger, who hugged all his teammates, all his coaches and all his peers.  He came out to Carly Rae Jepsen’s Call Me Maybe for two years on his own volition, and was one of those guys that clearly played the game of baseball like it was fun, the way it was originally meant to be for children.

There have been loads of grumpy, standoffish tryhards in history that are phenomenal baseball players, but are just kind of dicks as people, who go on to win MVPs and have tremendous individual success.  Sure, those MVPs pave the way for financial success and gain, but it’s always like the bad guys win whenever one of those types takes home an MVP award.

Such is hardly the case for Freddie Freeman winning the MVP award all Braves fans knew he was capable of winning.  It’s like a case of the nice guy actually winning, and the world needs more instances of good people getting great results.  I mean seriously, look at the reaction of this guy when he found out he was the winner; hugs all around first and foremost, and it’s just a guy surrounded by his family, soaking in the elation of baseball’s most prestigious individual award.

There’s really not much else to say about this; this was a season that I personally didn’t think should have taken place from the start, but as the Braves neared the World Series, the obvious hypocrisy of my tone changed, that is until the sore loser emerged from another shortfall from an Atlanta team.  But if there were ever such a thing as an acceptable consolation price to come out of a polarizing season, Freddie Freeman winning the NL MVP was definitely it.  I’m genuinely happy for him, and glad the blowhards in the BBWAA actually got something right for a change.