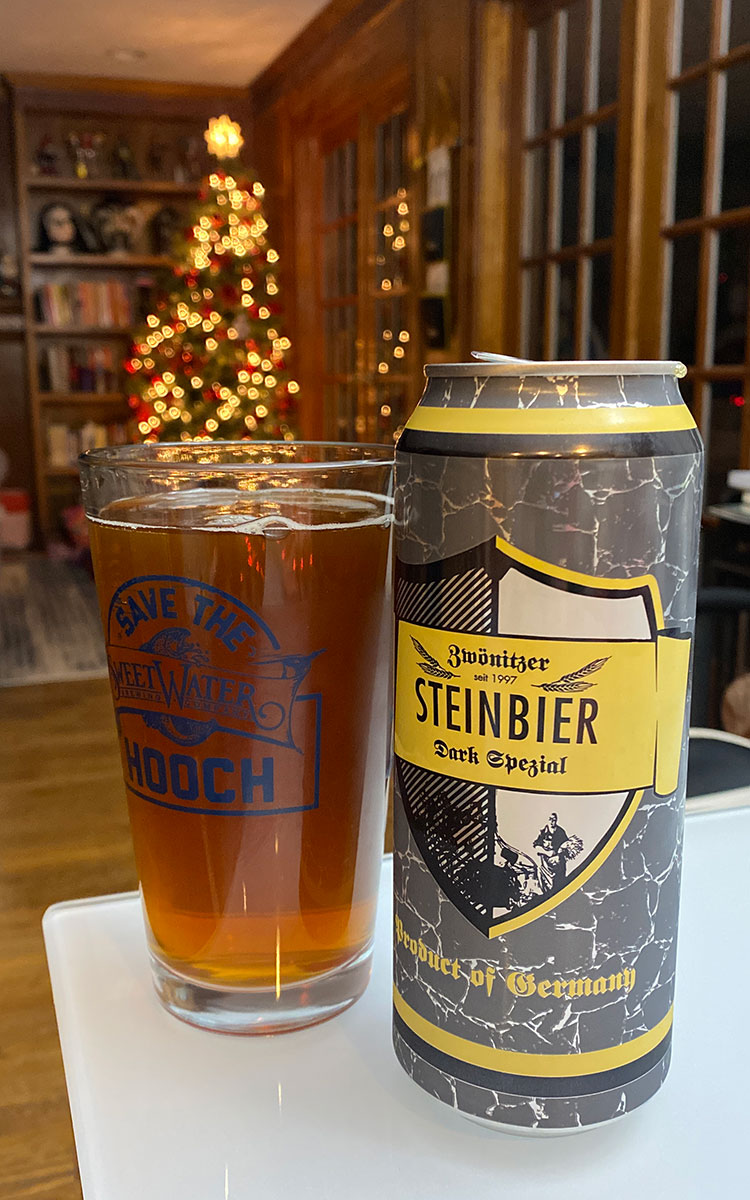 Here’s the thing: I don’t really drink this much.  I know it’s a 16 oz. beer a day I’m talking about here, but prior to embarking on this advent calendar of beer, I probably drank maybe a beer or two every two weeks, and that’s even if I had anything readily available to drink in the first place.

I’m a social drinker, so when we’re in a pandemic where it’s nigh impossible to actually get social with people, then I really don’t have much impetus to drink.  Frankly, prior to this advent calendar, the last time I really drank was like on, the day where Joe Biden was announced to be the winner, and my larger circle of friends all decided to get on Zoom to have something of a toast/celebration call.  I had four beers that night and was slightly tipsy, but I’m pretty sure I haven’t had any beer since just kidding I had another one beer like a week later when we had company come over for one night.

Point is, I don’t drink much these days period.  Sure I know one beer is never going to really hurt me, but I guess it’s a byproduct of having a tiny human to care for in the early morning hours on a regular basis, that drinking to inebriation and the ensuing fallout, has absolutely zero appeal to me anymore these days.

Anyway, day four of the Costco German beer advent calendar, and we have this beer called Steinbier.  The tryhards at Untappd declare its official name to be Zwönitzer Steinbier, and I guess the word Zwönitzer is there, but it’s much smaller and less prevalent for me to bother considering it.  Regardless, I’m going to assume it’s the name of the brewer, since “brauerei” looks like it would be pronounced something remotely close to “brewery.”

Whatever though, it’s labeled as “Dark Spezial” and Z’s are pretty big in Deutsch so I guess it’s a dark special.  Frankly, I was expecting this to be something like a stout when it’s touted as “dark,” but it was more of a really honey colored amber when poured into a glass.  Based on the color, I was really hoping that this would be a dunkel, since when mythical then-fiancé and I went to Munich, I discovered that I really liked dunkel beers, and they had a tendency to be this dark amber color.

Untappd users have classified this as a steinbier, to which now I think it’s super lame that this can is just called Steinbier.  This is like the equivalent of ornately bottling water, but then simply putting “water” on the label.  This is the second time in four cans in which a beer is classified as a “____ bier” with the kellerbier from day two.  I’m feeling like it’s kind of a cop-out, or just a reason to have more classifications than necessary, because Germans definitely take their beer pretty seriously.

Regardless, the beer was pretty good.  It’s a good rebound from yesterday, but at the same time I’m not sure if this would be ranked #2 or #3 out of the four cans had so far.  Ultimately my knee-jerk reaction is that it’s #3, that something about its flavor was a little intense, and that I favored the lighter tastes of the first two beers of the box.  Still, it was quite easy to drink, but if I’m being honest here, I can’t say that this is something that I’d probably drink more than two of these tallboys before wanting to switch to something not quite so bold flavored.

Obviously, my rankings are to be considered with a grain of salt, as I’ve said, I don’t know shit about beer snobbery, I just know what I like.  Regardless of how I rank these things, every single one of these has been as good if not better than the typical types of beer that are easily commercially available that I tend to favor myself, and I continue to enjoy and look forward to the next day’s brew.