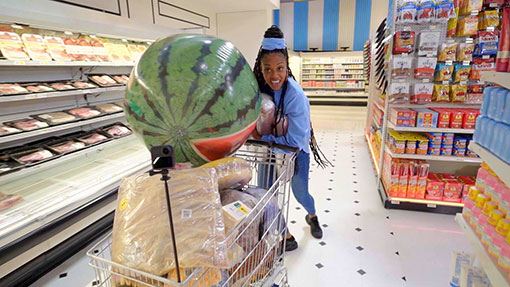 In short: teenage Kroger employee in Gwinnett County arrested for stealing nearly $1 million dollars from his employer over the span of several weeks

The thing is, if this kid only paced himself and didn’t make it flagrantly obvious that something was amiss by refunding an $87,000+ transaction among the other $900,000 worth of refunds he issued to himself over two weeks, he probably would’ve had a system that could’ve stole about as much money with almost no risk.  But when you steal nearly a million dollars from your employer by issuing false refunds, from the same store you work at, within the span of two weeks, it’s this dumbass’s turd for thinking he’d actually get away with it.

Companies as large as Kroger typically have a built-in margin of loss on a daily basis, because of stuff like employee accidents, customers that accidentally ruin merchandise, prepared food that goes bad, and of course, petty theft, and if this kid were to keep his falsified refunds to smaller amounts, if he wanted them frequently, or numbers that weren’t $87,000 if he wanted to swing for the fences, but on much less frequency, then the losses probably would have slipped through the cracks and not rose any red flags unless there was some skepticism in the first place.

But as my brother pointed out, the simple reason was the fact that we were referring to the perp in question as a kid, because kids have no fucking sense, even less intelligence, and clearly don’t grasp the strength of the long game.  Because it sounded like he had a pretty rock solid system for pilfering extra cash, and if he could just keep his vices in check and not have to have Camaros and guns and shoes, he could’ve built up a sweet little side gig to keep things fluid and probably gotten away with it.

Whatever though.  It’s clearly a slow news day when people aren’t talking about politics now, because this story showed up in no less than all of the major Atlanta-area news outlets, and was picked up by a number of national news outlets too.  I guess when people want someone to point and laugh and judge from afar, dumbasses like this become low-hanging fruit and easy targets.