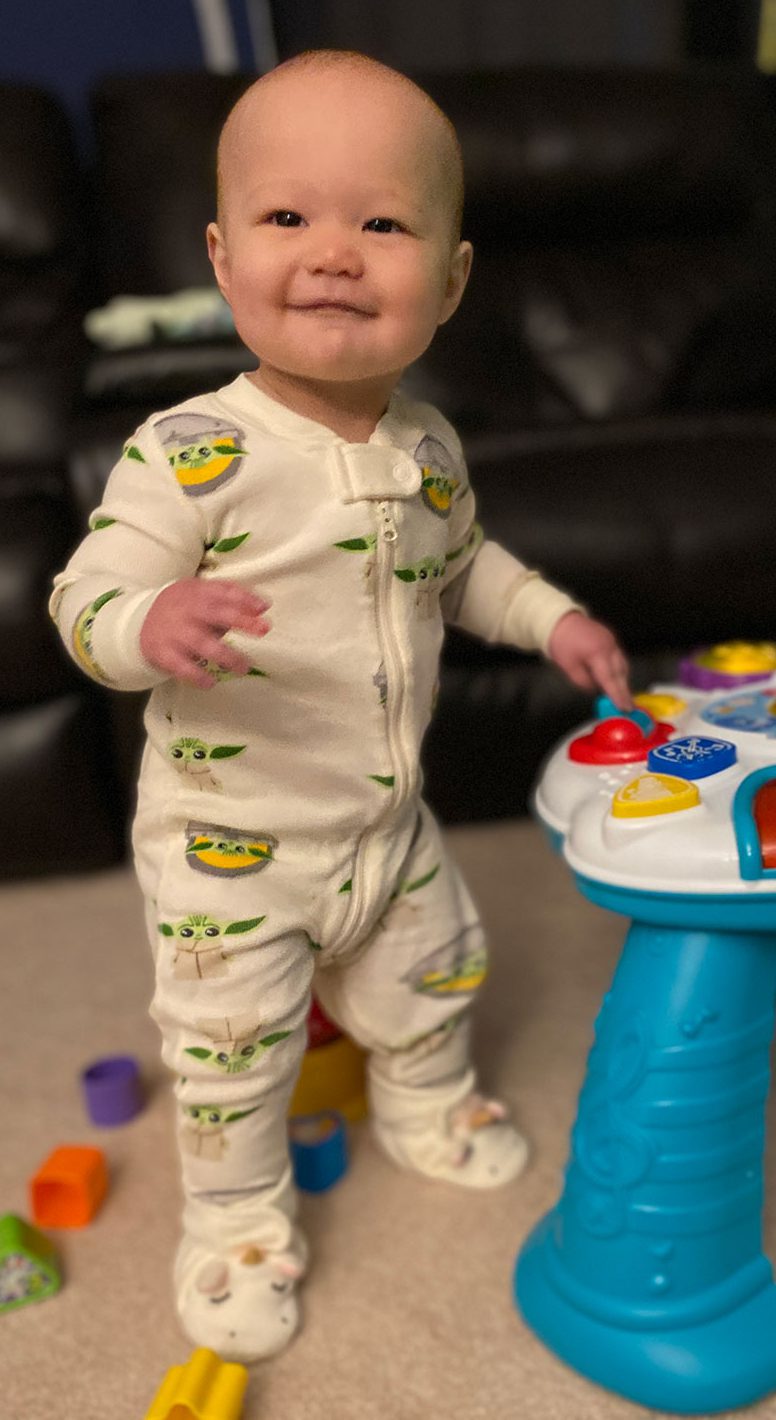 I realize it’s been a month since the last time I did any sort of new dad brogging.  A year past now, I guess it’s up for debate on whether or not I’m a new dad anymore, which begs the question on whether or not I should change the titles of these types of posts, which kind of derail my organization of posting, since the tag’s literally called “new dad,” but if I’m not a new dad anymore, then wtf should I do?

I digress though, and until I can come up with a more seamless transition, it’s new dad brogs until then.

So a month ago, my daughter has figured out full-fledged crawling, and was going all over the place, exploring the parts of the house she could now access with her own mobility.

A lot has changed in the span of the last month, most notably the very quick transition from crawling into basically walking.  With each day, she’s gaining confidence on her feet, and has demonstrated the ability to carefully walk distances as great as 10-12 feet on her own with minimal or no stumbling.  She’s clearly showing a preference to get upright and walk from point A to point B, and only resorts to crawling when she wants to get somewhere fast.

But for all intents and purposes, one of those life’s milestones of watching baby’s first steps has occurred, and it was no less exciting than I would have thought it was, seeing the courage and discovery in my child’s face as she realized that she was upright and was able to sustain it while in movement.

That’s the biggest thing that happened over the last month.  Otherwise, it’s been a lot more of the same, with my child eating everything in sight, needing to babyproof and start cordoning off parts of the home since she can move about so efficiently, and of course more teething and sleep woes, since those are the constantly ever-changing factors in raising babies.

Also, since the jig is up about baby #2, I’ve spent a lot of time doing some housework, preparing nursery #2, and saying goodbye to my office as solely an office, but as the de facto guest room.  But when I say preparing, it’s mostly my second-least favorite activity in the world, painting; which has been dropped to second in favor of my new worst favorite activity in the world, which is now, hanging murals/wallpaper.

Thankfully with a second kid, that means it’s the last time I’ll have to do this stuff, and frankly I’ve literally will painted every paintable wall and trim in the house, and if anyone wants any changes in the future, I better be putting the home up for sale, or my wife or my daughters are more than welcome to explore the possibilities of doing it their fucking selves.

But otherwise, raising children is in a fairly good place right now.  I’m trying not to get too complacent with #1’s development, good eating and sleeping and general good habits, because I know things are going to go tits up once #2 arrives, and then we’ll be juggling two kids under two years; but it has been somewhat nice to have a predictable routine, where I know I’ll have a little bit of downtime in the evenings.  And with my extracurricular class wrapped up, and baby projects getting chipped away at, I’ve actually not had any clue to do with my evenings as of late.

There’s a ton of television and movies that I’d like to catch up on, but at the same time, I’ve just not wanted to dive into any rabbit holes, and abstained.  In fact, mythical wife and I have been retiring early over the last few days, and just heading up to the bedroom to wind down earlier, because getting just a little bit more sleep has been way more appealing than any new Marvel property, YouTube binges or any other wastes of time.

Ironic how just a little while ago I was burning out because I had zero free time to do anything, but now that I’m occasionally getting some free time, I have no idea what to do with it, and resulting in doing mostly nothing, unless you count sleeping as doing something.