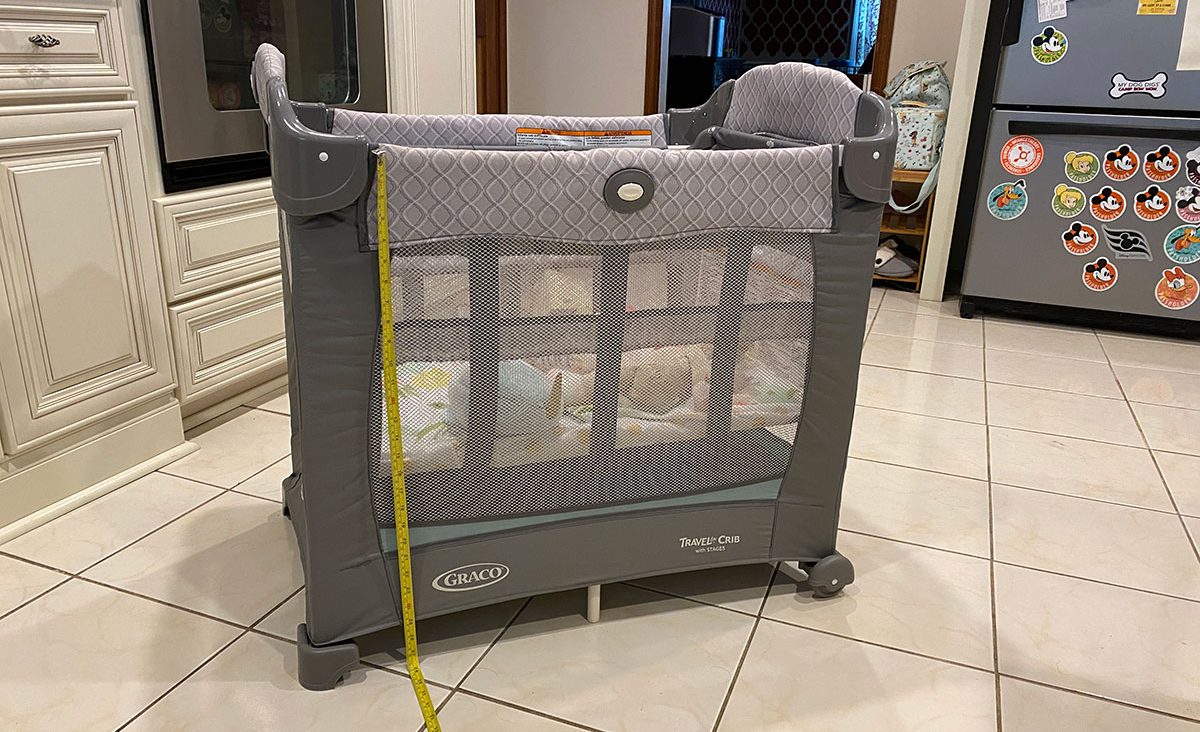 27.5 inches.  That’s how high my daughter fell when she climbed out of her pack and play.

I’ve never felt as big of a failure as a parent than this incident, where barely 60 degrees behind me, my daughter managed to climb out of her pack and play and fall onto the kitchen floor, while I was preparing her dinner, chopping green beans.

Given how increasingly mobile she gets on a daily basis, I didn’t stop to consider that with walking would come climbing, and I’ve witnessed her trying to climb things already, so I don’t know why I didn’t even think that she wouldn’t do it in the pack and play, as she’s attempted everywhere else.

But instead, I was blissfully taking for granted that she would be safe in her pack and play, while I was preparing her dinner, and I naively positioned her to where she was not within my line of sight or even my periphery, so that she couldn’t reach and grab things on the counter or on the nearby shelf, not considering that I wouldn’t see her when she inevitably managed to get up and over the side railing of her enclosure.

The thud still resonates in my brain, and the delayed shock at turning and seeing her laying on her back on the floor, her own shock still just registering the fact that she bumped her head and the pain hadn’t kicked in yet.  I picked her up immediately, hoping this would be something that she would no-sell and impress me with pain tolerance that hopefully mirrored my own, but this was for naught, so much as she was really gearing up to let loose some shrieks of pain from having fallen 27.5 inches, roughly somewhere in the neighborhood of her own height.

Fortunately, save for an unsightly bruise, nothing seems to be that bad.  No signs of concussion, no signs of any breaks or serious injury, just a tender bruise for her, and a monumental amount of frustration, defeat and self-loathing for dad.

Obviously, with raising a child and growing up, scrapes, cuts and bruises are going to happen.  But we’ve gone a year without a tremendous number of those, which made me feel like I was probably doing something right, but all it took was a few minutes of taking my head out of the game, and taking safety for granted for all that equity to come crashing down, and me feeling like a horrible fucking parent for having let it happen.