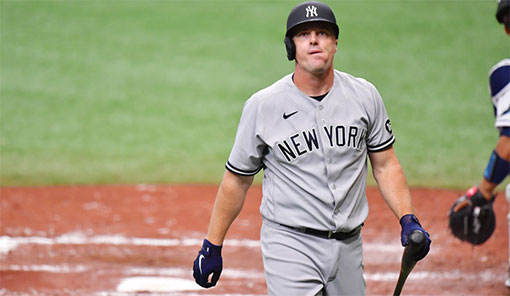 I don’t pay a tremendous amount of attention to baseball anymore these days, but I came across this particular article in Sports Illustrated about how recently retired Jay Bruce basically retired because the shift killed his career, and how they opined that shifting should be made illegal in baseball.

Now as far as sports columnists go, I actually really like Tom Verducci.  He’s a well-versed guy who has good insight, adapts to the times, and has always had a fairly pleasant, readable tone in his writing throughout all the years that I’ve known of his existence, but I have to say that his opinion that the shift should be made illegal is one of the dumbest things that I’ve ever read.

In short, the shift is when baseball fielders position themselves heavily on one side of the field, because a batter might have a very predictable tendency to hit to that side of the field, thus optimizing their chances at being able to field a hit ball and get them out.  Good examples of the shift in action are this fictional instance known as the DeVanzo Shift from Artie Lange’s Beer League, and this hilariously similar but actually real instance known as the Joey Gallo Shift from the Houston Astros.

There is absolutely nothing illegal about teams shifting their fielders, and as a result over the last decade, the strategy has been adopted all over the league and employed on a countless number of mostly-left hand hitters, although there is no shortage of righties that hard shifts work on as well.  And as the number of teams employing shifts has gone up, the careers of many pull-happy hitters have gradually begun plunging down metaphorical toilets all over.

So instead of suggesting a not-illegal tactic be made illegal, here’s a wild and crazy suggestion for baseball players being victimized into retirement by the shift: get fucking better at baseball.

Learn to hit the other way.  Learn to drop a good bunt down the opposite field.  Pop your hips early and hit the ball where they ain’t; accept singles as not making outs instead of looking like a fucking idiot swinging for the fences, but then hitting a hard grounder to a shortstop playing in shallow right field 75 feet away from they’d normally be positioned.

Verducci suggesting MLB ban shifting is a sad pro-players suggestion that shields a league full of overrated assholes who get paid millions to play a kids game so that the league can make billions to exploit broadcast it.  Seriously, the league minimum last I checked was a hair under $500,000 a year, so even the shittiest 26th man on the roster is still making half a million dollars, but still can’t hit the ball to the opposite field, so the league should just change the rules?  Fuck that shit.

Players who can’t adapt to defensive strategies all deserve to have their stats and value plummet, because as often times as baseball can metaphorically be compared to life, it really is a story of adapt or die.  It’s ironic too, because so many baseball players get to the biggest league in the world, because at some point, they’re taught and demonstrated good hitting acumen, which usually involves being able to hit baseballs to various parts of the field except pull-side, but somewhere along the path of the majors, whether it’s poor coaching or aspiration of greed, guys end up these pull hitters who are eaten alive by shifts.

Guys like Pete Rose and Ichiro Suzuki are the greatest all-time hitters and played for eons respectively, because they were guys who could always hit to all parts of the field, even if they weren’t putting up gaudy home run numbers.  Meanwhile jobbers like Jay Bruce are calling it quits because they can’t produce because the shift is killing them, and all I can think of how sad and pathetic it is that there are guys that would rather quit, instead of perhaps going back to the cage and breaking the rust off of the ability to possibly hit the other way instead.

Like I said, I typically enjoy Verducci’s writing and opinions, but this one was a total stinker.  Instead of banning the shift, how about baseball players collectively just get better at playing baseball, and learning to hit baseballs to more parts of the field except their pull side?  That, right there, would be some real Moneyball shit, in the sense of it being an underutilized strategy to exploit.

I’d love to see an MLB squad rebuild, with a mentality of building a team of good spray hitters, and then when the stars align, they go on a 98-win season, dinky-hitting all their opponents to death and march through the playoffs and bust open the World Series with all sorts of drag bunts, opposite field singles and triples down the line.  And after a few years of other teams copying that game-breaking strategy, maybe Verducci will write an article about how opposite-field hitting should be outlawed.