I think?  Who really knows when this show was actually filmed, and whether or not it happened before my wedding.

Anyway, just finished watching The Falcon and the Winter Soldier.  At first, I thought it was just okay, and that it felt more like a transitional Marvel property show, that helped tie up a lot of loose ends throughout Phase One, as opposed to something that was sowing seeds for future potential phases.  Like WandaVision laid down a lot of groundwork for future plots, and I had expected similarly from the adventures of Sam and Bucky, and what I would expect from most other future Marvel television shows on Disney+.

But then the fifth episode happens, and shit suddenly gets very real, the plots get very deep very quickly, and by the time I finished the sixth and final episode of the series, I’m thinking, damn, this show was really god damn good.

Anyway, if I keep trying to write about the show, I’ll inevitably end up spoiling something, so I’ll refrain from going on about the show, except for the fact that it was really good, I enjoyed it, and it was yet another outstanding edition to Marvel’s screen adaptation equity.

I don’t think it’s a spoiler, but the above image is a scene from one of the episodes, that looked just a teensy-bit familiar to me.  Had to rewind, pause, and summon mythical wife to come take a look too. 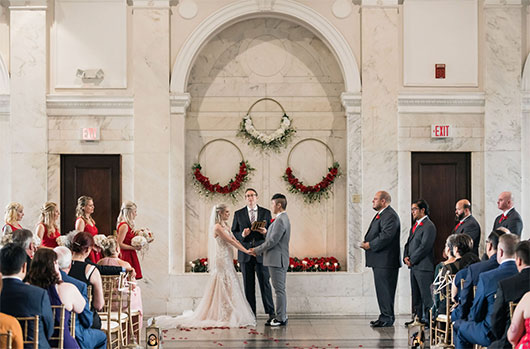 But adding to the list of Georgia locations that are filmed and delivered as somewhere else, the Historic DeKalb Courthouse where I got married, was used as, well, a courthouse of some sorts, for a government hearing in the Falcon and the Winter Soldier.  At least it was actually used as its historic roots once were.  But it tickled me all the same, to see a place I’m quite familiar with, being used in an outstanding piece of television.  Multiple times.