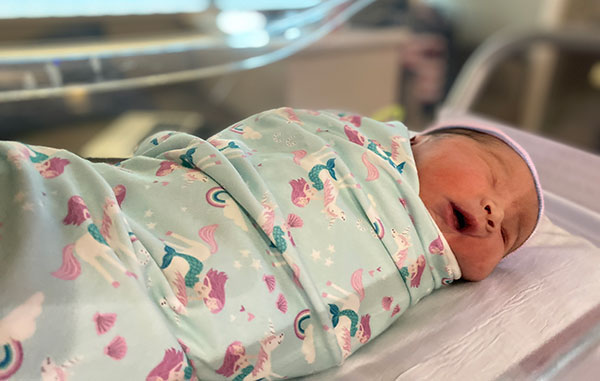 I figured I should start this post on the day before, because mythical wife’s hospital check-in time is at like 7:15 am, and even if we have to wait three hours again like we did last time, it stands to believe that the day that everything changed forever, part 2, will have culminated before lunchtime, and I won’t really have that much to have glossed over for an emotional post.

So unlike the first time, we are not going to be taken by surprise by a premature birth, quite the opposite, we’ve been ticking down the days with bated breath to a predetermined birthday that we’ve been watching coming for several weeks now.  Despite all the preparation and bracing, it’s still mind-blowing to wrap my brain around the thought that in less than twelve hours, mythical wife and I will be welcoming a new human being into the world.

I guess it doesn’t matter if you’re given a few hours to prepare for it, or 38 entire weeks, after experiencing both ends of the spectrum, I’m led to believe that it doesn’t matter at all, the feeling of overwhelming there is at the thought of bringing a new person into existence.

As detailed in my prior post, most of the day was spent mentally waxing poetic about how every single thing I did with my first daughter throughout the day was the last time I’d be doing it as a father of one, and the varying feelings of guilt at the thought that my attention will have to be divided between two instead of just her.  The other part of the day was spent preparing myself to be taking two weeks off of work, so that I can transition my new child into the world, and for mythical wife and I to try and figure out how to adapt to a life of two children and probably go through a wide gamut of emotions in the process.

I’m quite paranoid that the send later function in Outlook is going to bone me, and I’m going to look like an asshole caught red-handed sending scheduled emails for my spontaneous trip to the hospital, so that I can chalk it up as personal/sick days instead of burning up days out of my more-finite vacation bucket.  But they’ve already been queued and I have to have faith that they’ll send on time and nobody will be the wiser.

As it is a Wednesday, it means that mythical wife and I pick up Chick Fil-A and watch Handmaid’s Tale, but since the season is over, we’ve been watching Loki, and we both feel very fortunate that tonight was the season finale, since the reality is that who knows when we’ll actually get to watch television on a schedule anymore in the future now that we’re soon to have two children.

No spoilers, but we watch Loki, but instead of discussing if we were right or wrong with our predictions, and I probably do some mansplaining over some of the references that I might’ve picked out, or we make jokes about how the TVA archives is the Marriott Marquis in Downtown Atlanta, we just kind of sat there, and thought about what we were going to do next with the dwindling time we had left of what is our last night as parents of one, before we have to go to sleep, where I’ll conk out like a lump while she’ll struggle to sleep, to prepare for an early morning where she gets to go under the knife, while I’m just there trying to provide what paltry support as a husband can do in such circumstances without trying to feel too worthless in the equation.

I decide to go for a run, because this would ordinarily be a day in which I ran anyway, and with our new treadmill, I don’t have to go outside and brave the dark and the mosquitoes, and I like to feel like I earn my showers by exercising and because I know tomorrow’s the big day, I want to feel clean and groomed, so da-da can welcome his second daughter into the world somewhat prepared, presentation-wise.  And it’s at the finish of this particular run in which I decide to start this post the night before, and hope it’s anywhere close to capturing the emotional journey as the spontaneous arrival of #1 was, just 16 months ago.

#2 was born at 9:31 am.  She weighed in at 7 lbs. and 7 oz. and measured 19.5 inches long.  Between some of my in-laws, mythical wife and I, we had a game going to see who would be closest to the weight.  Both mythical wife and I exceeded the 8 lb. mark, seeing as how she’s been baking in the oven for nearly an entire month longer than my first, who still weighed in at 6 lbs. 3 oz., fairly large as far as kids 34.5 weeks should be.

Well despite undershooting her birth weight, #2’s overall size was larger than my first, which shouldn’t be at all surprising considering the difference in bake time.  Who knows if she’ll project to be larger than her sister one day, but for the time being, she’s this tiny little human being, frail and precious that melted my heart upon first glance.

Today has actually been a lot of déjà vu; it’s the same hospital where my first came into the world, but not only that everything occurred in the same operating room as a year ago, while I waited out in the same hallway where I anxiously checked my phone to pass the time, sending messages to my family and interested parties alike.  Post-operation, we went into the same recovery room, in the exact same bay, and it was in this area where we had another uncomfortably long wait, but that was where all the similarities to the first time came to an end.

Naturally, no two birth stories are ever going to be identical, and the most chief difference with this time than the previous was the fact that after arrival, #2 was not whisked off to the NICU, where she would then stay for the next 2+ weeks, but instead was in the operating room with us the whole time.  Whereas mythical wife had to wait five days, and me a little bit longer thanks to an ambiguous is-it-allergy-or-is-it-coronavirus ailment (it was allergy) to hold our first child for the first time, we were able to both hold our second daughter fairly immediately, and she has been at our side ever since.

Despite all the experience we may have accumulated throughout the first child, this too was uncharted territory for us, having a new baby freshly brought into the world and immediately thrust into our hands without the two-week buffer of intensive care and teams of hands to watch over her as we did the first time around.  Naturally we have all the faith in the world that things are going to be fine, but it’s not lost on either of us that despite this being the second child, there’s still a degree of newness to what we’re going through today.

And that’s just the thing when it comes to this, is a litany of things that have already occurred throughout this day that are stark differences from first child to second, primarily on account of the fact that one was a premature NICU baby, while the other was a full-term, scheduled on-time one.

Like the fact that #2 has been with us the entire day since her arrival; we’ve been able to hold her, pick her up, give her kisses and change diapers.  Learn the struggles of a baby the very definition of newly born, and trying to remember all of the things we went through last year with the first.  These are all tremendous privileges that we weren’t privy to last year, and naturally this brings back a lot of feelings of guilt and sadness when I think about my first child, while at the same time being supremely grateful and overjoyed that I can experience them with my second.

I never got to cut the umbilical cord with my first, as the circumstances didn’t allow for me to have the opportunity.  That wasn’t the case this time around.  It was way tougher and difficult to cut than I thought it would be, but I still got to do it.

Regardless of where any of this is going, because I thought this would be better than I had hoped it would be, but the reality is that with a brand new baby in tow all throughout the day, and the constant interruptions of crying, feeding and needing to soothe and rock her back to sleep, I didn’t have the luxury of time to sit and write and try and let my head and emotions into that place where I feel like my writing is most optimal.

But given the reasons why that is the case, I couldn’t be more overjoyed to have my hobby be so mucked up throughout a day to where it probably reads as disjointed and convoluted as I think this all was.

The end result is no different than it was the last day that everything changed forever.  I just want to be a good father to my children, a good husband to mythical wife, and not much else.  If I can accomplish those things, then just about everything else probably falls into place anyway.