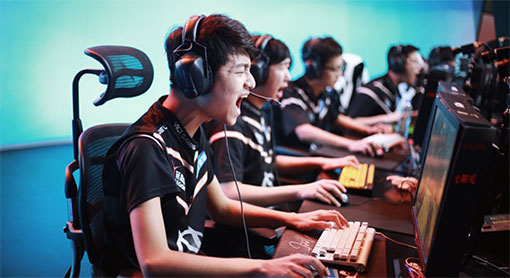 Not sure how they’re going to make this work but ok: China, the country, has decreed that those under the age of 18 years are now forbidden from playing more than three hours of video games a week; an hour a day only on Fridays, Saturdays and Sundays, 8-9 pm local time

I’m going to go out on a limb and say that within those who will have to deal with transition, the suicide rate just might go up.  Considering the country is already facing an overpopulation crisis, this might not actually be the worst thing in the world to happen.  Clear way for a newer, fresher generation of Chinese, who weren’t raised and became video game-obsessed, mouth-breathing troglodytes.

All seriousness though, I’m very curious to know just how the entire country is going to enforce this mandate.  When it comes to online games and mobile games, I can kind of take some wild swings, mostly on account of a nation that’s extremely big brother-ey in the first place and can probably try to implement shit to try and prevent their minors from unauthorized gaming.  I’ve already heard things about how some games will require cameras in order to play so that facial recognition can be implemented, but I’m sure that’ll lead to legions of masked gamers to try and circumvent the measure.

But what about offline games, like consoles, arcade cabinets and shit like PSPs or 3DSs that can be played without an internet connection?  I’d have to take a guess that the console business is about to start doing very well in the near future if kids will be relegated to playing offline games by themselves or with their siblings, neighbors or with actual other human beings in the room.  There’s no way offline gaming can actually be enforced, and I’m going to guess most parents will be so desperate for their kids to get out of their hair that they’re not going to enforce this rule in the privacy of their own homes.

And then we get to China’s rich eSports culture, to where they’re always among the world’s best when it comes to all sorts of competitive gaming.  But as I’ve learned from my years of following the pro League of Legends scene, pro players often times are starting their careers as young as 16, which means they’ve been practicing and developing since they were way younger than that.  Sure, I’m sure there’ll be all sorts of exceptions for those in careers and professionals in gaming, but with an entire country now limited to just three hours a week, the well of future players is about to get very, very shallow real quick, and I’m curious to know what the future of eSports in China is going to be with this mandate in place.

Of course, another potential blowback to this law is that there’s absolutely nothing that says a guy can’t become a video game-obsessed cretin after they hit 18 and beyond, with the only difference is now that they’re adults and can act like dicks as adults as opposed to being shithead pre-teens and teenagers.  All of the educating and social graces they are believed to have developed from having their gaming being limited, all go flying out the window when 18-year old Xin Peng realizes the handcuffs are off, and then spends the next five years of his life glued to League of Legends, getting dominated by 14-16 year olds in Korea, Denmark, Russia and even maybe Americans.

In the end though, I don’t think much is going to be made from this.  If it doesn’t blow up in their faces from the onset, it’ll probably be a law that’s so loosely enforced that it might as well not exist at all.  And even if it is something that is enforced seriously, China is also one of the greatest cheating cultures on the planet, and no serious gamer would be above cheating over their own country’s laws in order to have a nice marathon session of Counterstrike, whether it’s manipulating their IP, wearing a mask to circumvent facial recognition, or any sort of measure in order to get around the law.  After all, this is a country where teenagers go to tremendous lengths to cheat during high school entrance exams, for something they don’t even want to do, so imagine just how far they’ll go when it comes to gaining something they do?

Anyway, it’s stories like this that kind of make me scratch my head and wonder why China is actually seen as this threat to the world when it comes to economics, business and general population.  They can barely keep their own population in check so much being a threat to other countries in the world outside of building Chinatowns all over the world.  But I could be wrong, and this could be a game-changer of a law that ushers in a generation of better adjusted, more mature and intelligent and successful Chinese citizens that are better than everyone else in the world that were raised on video games and other brain-rotting content.

Wouldn’t take that bet though.  I’ll keep my eyes on suicide rates among minors in China for the next year instead.