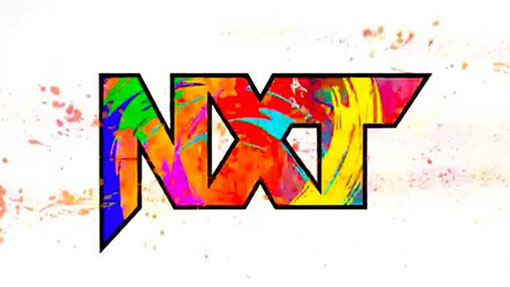 Over the last few months, among the few things that I still do pay attention to outside of my own little world, professional wrestling is still there.  Normally, I’d cite sources or link to the things that inspire my writing, but frankly the brog’s sense of time is pretty warped as it is, and my zero readers will have to take my word on the things that I’m talking or referring to.

But long story short, over the last few months the WWE has been firing an alarming amount of talent and personnel, AEW has been more than happy to pick up the crème of the crop, and there’s all sorts of panic and wild rumors flying around scuttlebutt and I’m taken back to 1999 when I wish wrestling chatter on the internet could all collectively stfu because it’s kind of ruining everything when everyone’s so astute to backstage happening.

Among the fallout, Triple H, whom most are aware is the head cheese when it comes to anything NXT-related, has been given the lion’s share of the blame when it comes to the fate of the short-lived Wednesday Night War, when an arriving AEW was met by a nationally-televised NXT.  After about a year and amidst a pandemic, NXT decided to move to Tuesdays, in a move widely seen as hoisting a white flag and surrendering.

And supposedly, Triple H is the fall guy in this scenario, and as a result of it, regardless of the corporat-ese used to describe it, has been basically demoted and alleviated of the reigns of NXT.  Vince McMahon and one of his lifer-stooges, Bruce Pritchard will take over the production of the show, which basically means that NXT is going to be run a lot like RAW and Smackdown, which for the better part of the last 2-3 years has been the very definition of mediocre and hardly watchable.

Needless to say, this is basically a fate worse than death for NXT, which is restructuring under new management, naturally accompanied by, a rebranding, complete with new and questionably horrid logo.

A long time ago, I read some adage about how fewer things attempt to smokescreen mediocrity more than a rebranding, and from the looks of things, this is going to be a textbook instance of something once good, headed down a very slippery slope, with the rebranding and restructuring of NXT.

Look, I’m never going to be one of those wrestling fans that assumes everything negative that happens is going to kill the WWE.  The WWE has survived a literal lifetime of change, and has navigated through the passage of time as if it were water going down a stream.  They will survive the onslaught of AEW, much as they withstood WCW, TNA and any other upstart competitor in history.  They will still be standing when my daughters are old enough to think daddy is lame for liking wrestling.

But I have to say that at this very juncture of time in WWE history, I feel like this is a way more severe blow to, things, than I’ve ever felt in the past.  NXT was the one thing that really kept me engaged and wanting from the WWE, and I looked forward to every TakeOver more than any of their tier-1 events like Wrestlemania or SummerSlam.  I preferred the product over RAW or Smackdown, and I made sure to never miss an episode of NXT while I couldn’t give two shits over what happened on the “main” shows.

Personally, even during the Wednesday Night War, I thought NXT was still the superior product, but AEW had recency bias, they were the new shiny toy in the room, they were making a lot of splashy moves, they’re doing a lot of interesting things, but most importantly, they weren’t the WWE, and for jaded smarks, that’s all they needed to be in order to keep their invaluable television ratings away from the McMahon Empire.  But make no mistake, NXT was still the better product in the ring in my opinion, and it was no more prevalent than the very first head-to-head matchup, where Cody (not yet legally Rhodes) vs. Sammy Guevara went up against Adam Cole vs. Matt Riddle.

My appreciation even extended out to the creation and production of NXT UK, and I really began appreciating the general differences of the European product in contrast to WWE in America.  And from what I hear again now, NXT UK is in grave danger of continuing, no matter how much talent and potential they have on their roster.

One ironic silver lining that crossed my mind is that with a rebranding, it might mean that the old logo’s NXT belt collection might actually have to start going on clearance.  Granted, the identity change all but solidifies the fact that the one blet I’ve wanted for three years will never ever be produced now, so it looks like if I really want one, I might have to relegate myself to yet another Pakistani recreation, but who knows, if the NXT Tag Team blets ever go on clearance, I’ll most likely be inclined to pick one up.  But given the fact that they’re still selling blets for the departed Tyler Breeze and Daniel Bryan, I wouldn’t be surprised if they didn’t.

Honestly, one of the biggest red flags for this whole saga I saw was that the WWEShop released replicas for the NXT Women’s Tag Team, but it was only up for like three days before it mysteriously vanished.  I figured it was done in order to remove the new product from a site-wide sale, but when they never brought it back up, the thought crossed my mind that they would probably be rendered obsolete really quickly, if they’re not deactivated on television soon, with the rebranding.

Regardless, what’s done is done and what’s happening is going to happen.  NXT isn’t dead, but honestly I probably am going to wish it will be if Vince and Bruce begin running it like they run RAW and Smackdown.

I have to wonder though, at this point, I don’t think WWE will ever be threatened by any outside competition, but if I’m Triple H, I’m pretty bummed and upset over taking all the heat for an impossible fight, and not willing to be denigrated by demotion and have my passion project usurped into mediocrity.  I’d have to believe that a guy as proven and well connected as Triple H could realistically leave the nest and start up his own promotion at this point, and actually embark on the dream of trying to go territorial with some other company no longer called NXT.  He’d just need the capital and backers in order to do so, but if he did, with his knowledge of the inner workings of New York, he’d probably be a bigger threat to the WWE than anyone else throughout history.