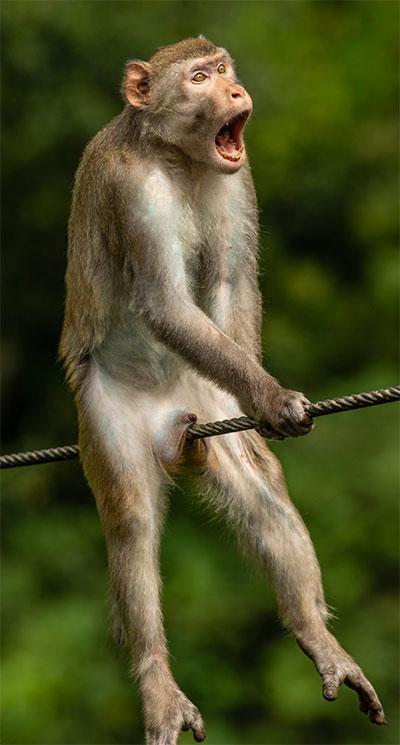 Occasionally, I’ll have a day where I’ve caught up with all of my daily chores, the kids are actually asleep, and with the whole, giving myself until 1 a.m. thing in play, I have a moment to sit there and feel like a human again.  But then I realize that I don’t really know what to do when I have like, 90 minutes to myself suddenly, and it’s occurred to me that I’ve forgotten what it’s like to be a normal person.

I’ve put my general life on hold until things chill out on the whole raising kids thing, but in doing so, I seem to have lost touch on what to do with free time, when I actually have it.  One of the first things that comes to mind is to possibly watch television or movies that have been queuing up as things I feel like I should watch, but with just 90 minutes if I’m lucky, I often tell myself that I don’t want to start something that I won’t have any real reliability to continue on with, so I kind of nix that idea.

Running, as much as I wish I could keep doing it like I used to, isn’t really an option, because it’s often times so late in the evening, that I don’t like the idea of pushing myself to do cardio at a stage of the day when energy levels are low, and I don’t want to elevate my heart rate before ultimately going to bed, because that seems counterproductive.  Plus, I don’t want to work up a massive sweat, and be forced to shower at like 1 a.m. because #2 is already a light enough sleeper as it is, and I don’t want to risk waking her, so running is off the table too.

I’ve basically forgotten how to surf the internet, and the vast majority of news and information that I get on a somewhat regular basis is often second-hand over social media, and if I’ve got a little bit more time, then I scroll through Apple News to see what might be showing up in the media.  All the sites I used to go to in the past, I really don’t anymore, because I don’t remember them off the top of my head, or they’re just black holes that I know I’ll get sucked into if I visit them again, so I opt not to.

There are worse things to eventually fall back onto, but at least I’m often times using these opportunities to catch up on writing, which indicates to me that even at the most base and subconscious levels, the act of writing is still that highly prioritized in my head to where it’s what I gravitate towards whenever I can.

But if it’s not writing, it’s usually some dumb bullshit like, finding a YouTube channel simply called Idiots In Cars, and then the rest kind of serves itself.  All the same, it’s going to be an odd transition when the day comes where both my kids are in bed and out by 8pm or sooner, and I might actually have some more hours to actually feel like a human being again.